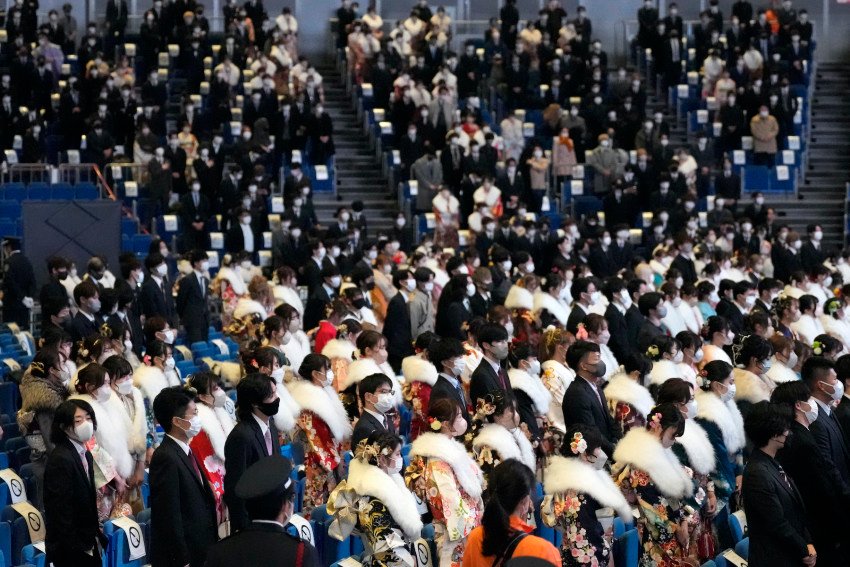 TOKYO – Young women in colorful kimonos and and smartly-dressed men celebrated Coming-of-Age Day at ceremonies across Japan on Monday.

Held annually on the second Monday of January, the day marked the first Coming-of-Age Day since Japan lowered the age of adulthood from 20 to 18 years old in 2022.

Once again, the ceremonies were held in the shadow of the coronavirus with infection numbers rising in Japan. Participants wore masks, while ceremonies were scaled back in some prefectures.

As usual, Tokyo Disneyland and DisneySea were popular spots for young adults to celebrate the day.

The government lowered the age of adulthood to 18 last April by revising the Civil Code and changing the legal definition of an adult for the first time in over 140 years, opening up new freedoms and responsibilities for 18- and 19-year-olds.

According to the Ministry of Internal Affairs and Communications, as of Jan 1, there were an estimated 1.120 million 18-year-olds, 1.13 million 19-year-olds and 1.17 million 20-year-olds.