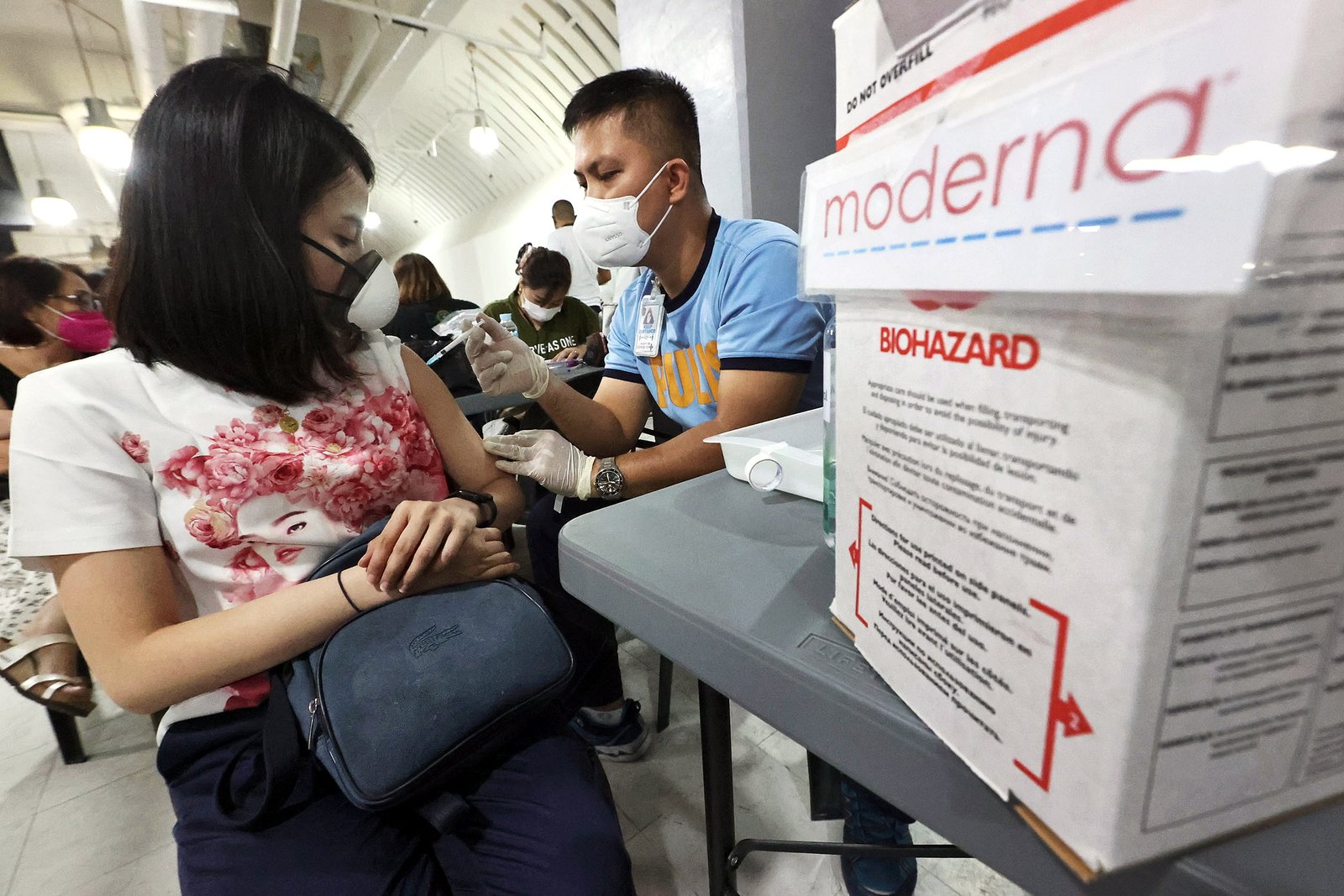 Solante, a member of the Department of Health’s (DOH) technical advisory group and an adviser to the Inter-Agency Task Force for the Management of Emerging Infectious Diseases (IATF), made the call for a booster mandate in the wake of the ongoing “weak surge” in infections and the higher positivity rates noted in recent weeks.

The DOH on Monday said the average daily new coronavirus cases last week surged by 39 percent to 1,467 from 1,057 the previous week.

The DOH pointed out that of the 10,271 confirmed new cases last week, 27 were in severe or critical condition. COVID-19 admissions also slightly increased but remained at low levels, it added.

“The uptake of our booster shots is really low. So I think it’s high time that we mandate booster vaccination for the general population. It has to be mandatory so that we can increase protection, especially now that we are preparing for face-to-face classes and workplaces are also open now,” Solante said.

He noted that the number of Filipinos who received booster shots was less than 20 percent of the target population.

Data from the DOH showed that only 15.18 million Filipinos have received booster shots, while 71.04 million have completed their primary doses of the COVID-19 vaccine.

In comparison, the Philippines’ neighbors such as Vietnam, Singapore, Malaysia and Thailand were able to administer booster shots to half of their target population, Solante said.

The health expert also noted the possibility of administering COVID-19 vaccinations on a regular basis to address emerging variants of concern in the future.

“We know that the COVID-19 virus mutates and changes shape to the point that the vaccines used in the primary series have lower protection now. There is a possibility that with the next few months remaining, moving forward, we cannot control this because of the possibility of new, more variants of concern that would lower the efficacy of the vaccines,” Solante said.

“That’s one of the things we’re looking at, that there’s a possibility that vaccinations will be regular—whether it’s three months, four months or six months. It depends on the studies on what vaccines should be given regularly, and depending on the prevailing, dominant variants in that particular year,” he added.

Solante said the “weak surge” of infections predicted by OCTA Research was “starting now,” given the increases in COVID-19 positivity rates.

The uptick in recent cases is largely due to more transmissible Omicron subvariants of the virus.

OCTA Research fellow Guido David said they were not expecting cases to rise drastically in Metro Manila as the growth rate has slowed down to 31 percent from 62 percent the previous week.

He added that more areas might report a higher positivity rate in the coming days.

Solante and David agreed that even with a slight uptick in cases, there was no need to declare a higher COVID-19 alert level for Metro Manila or other parts of the country.

“There’s no need to upgrade the alert level because this is expected for a virus that is highly transmissible. The important thing is to increase our boostered population to 70 percent so that there will be less chances of transmission,” he said.

He also emphasized the importance of monitoring the healthcare utilization rate and continuing to follow minimum health standards such as wearing face masks and washing hands, among others.

“We can live with this virus. We may not have more severe cases, and this virus may not disrupt our livelihood with these measures in place. Not to the point we will need a higher alert level at this point in time,” Solante said.