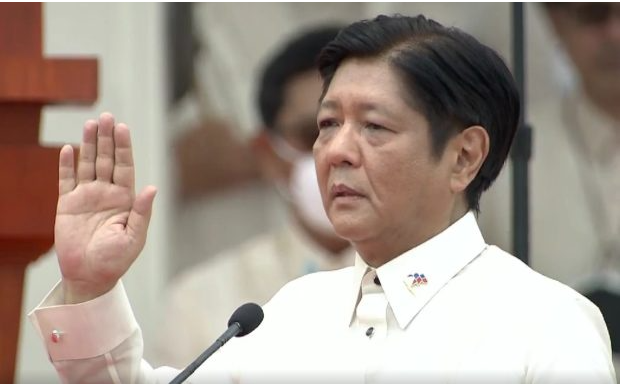 MANILA, Philippines — President Ferdinand “Bongbong” Marcos Jr. will not benefit from the bill seeking to extend the terms of office of select elected government officials, the lawmaker who proposed the measure said Monday.

Pampanga Rep. Aurelio “Dong” Gonzales Jr. earlier filed a resolution seeking to amend the 1987 Constitution to allow the terms of the president and the vice president to be reduced to five years, but with one reelection.

Speaking in an interview on ANC, Gonzales said that even if the measure is approved during the term of Marcos, specifically under the 19th Congress, the President will not benefit from it.

(I think Marcos will not benefit. If this gets approved this 19th Congress, this will start in 2025. In 2025, our President and Vice President are already at the middle of their term so I think they would no longer be able to seek reelection.)

Additionally, government officials such as congressmen, governors, local chief executives who are already in their last term, like himself, will not be able to seek reelection if the measure becomes law, he said.

“In my case, I am in my last term, I cannot run if this proposal is approved,” the lawmaker said.

Gonzales said this is not the first time he filed this measure, having filed the same in the 17th and 18th Congress.

House Resolution No. 1 sought to lift constitutional limits on the term of not just the president and vice president, but also of the House of Representatives and local elective officials.

A provision of the proposed law stated that incumbent and past presidents will not be allowed to seek reelection or election in other posts.

The Constitution currently provides a single six-year term for the top two elective posts. Congressmen and elective officials, however, may have three three-year consecutive terms.