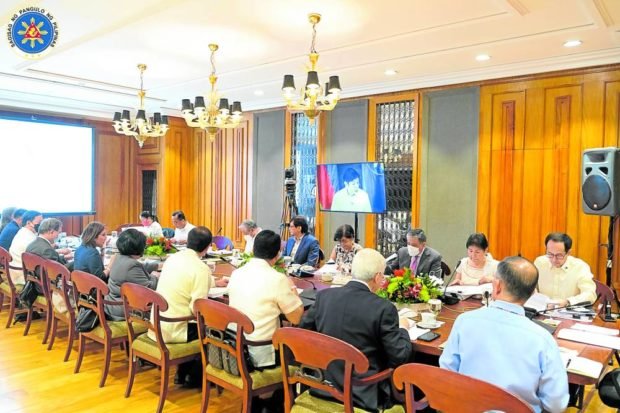 Press Secretary Trixie Cruz Angeles made the announcement after the second Cabinet meeting in Malacañang, which was led by Marcos via teleconference as he was still in isolation after testing positive for COVID-19.

Angeles said Loyzaga, wife of former basketball star Chito Loyzaga, was chairperson of the International Advisory Board of the Manila Observatory where she advocated for more scientific research on climate and disaster resilience.

She also served as the executive director of the Manila Observatory and technical adviser of the Philippine Disaster Resilience Foundation, according to Angeles.

Loyzaga is currently a member of the Senior Advisory Board of the Command and General Staff College of the Armed Forces of the Philippines.

Angeles said Loyzaga still needed to submit certain documents for her appointment, which she did not specify.

“We hope prospective environment secretary Toni Yulo Loyzaga will take urgent climate action based on the global frameworks and standards on disaster risk reduction and climate resilience in her exercise of leadership,” Leon Dulce, national coordinator for Kalikasan, said in a statement.

Dulce said he hoped that Loyzaga’s duties and responsibilities at the DENR and her climate advocacy would not be affected by her family ties to first lady Liza Araneta-Marcos, her cousin.

He pointed to the Philippines’ climate assessment reports that mining, land conversion, and pollution were the “key drivers” of the destruction of the forest ecosystem and biodiversity loss in the Philippines that helped produce greenhouse gases that lead to climate change.

Alyansa Tigil Mina said it was “cautiously optimistic” about Loyzaga’s nomination and expressed hope she would “strongly retain her bias for science and preference for social justice” in leading the DENR.

Greenpeace Philippines has “high expectations” of Loyzaga, its country director Lea Guerrero said. Guerrero said climate action and the environment must be the Marcos administration’s “top priority” as the world was on the brink of breaching the 1.5-degree threshold.