How the Game Industry Is Charging Into the Metaverse 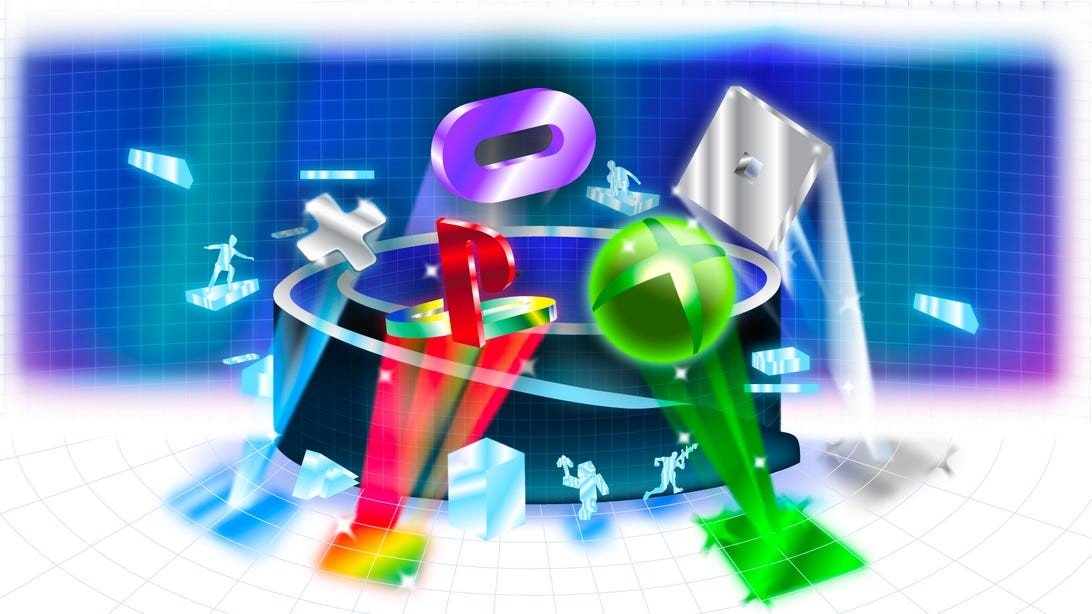 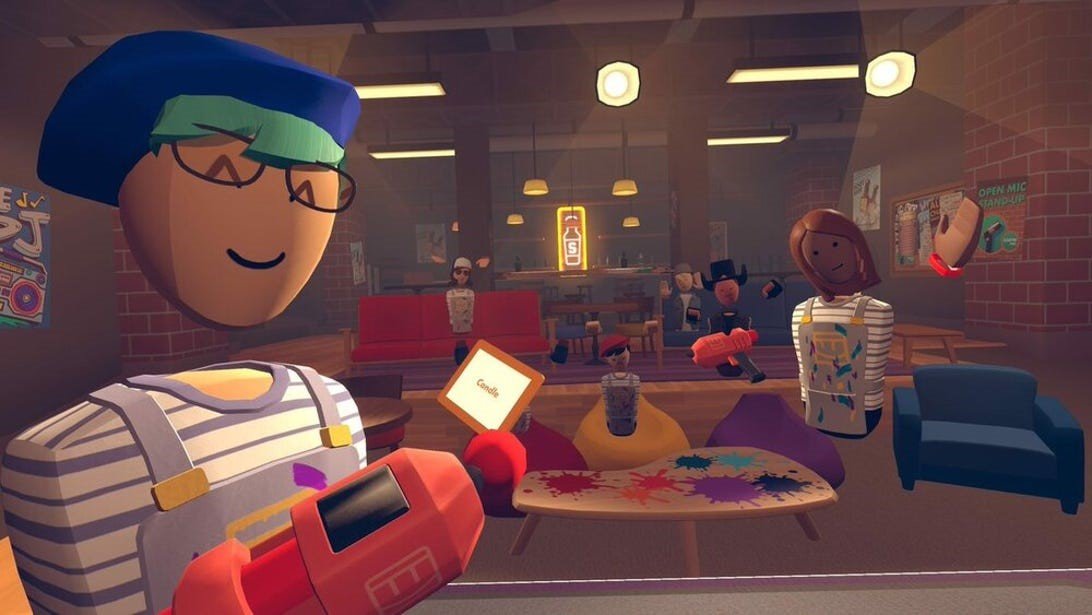 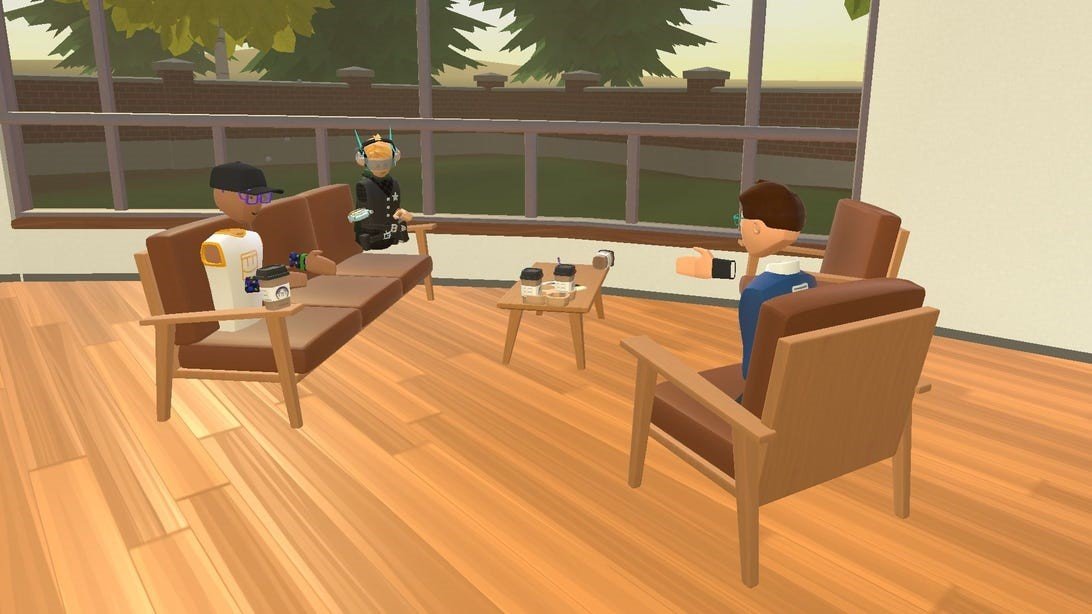 To get a sense of the promise of the metaverse, take a look at 3D Charades.

The video game has a simple premise. Players gather in a cafe-like room and divide into teams. One player sketches an image while team members guess what the drawing represents.

Similar games, like Pictionary, already exist in the real world. In a virtual world, however, gameplay is just the beginning. Shortly after developer Rec Room released 3D Charades in 2016, fans began turning their drawings into artwork and the cafes into galleries.

“We just saw people stretching what this tool was capable of,” Rec Room CEO Nick Fajt told me during an interview in his digital world, referring to the Maker Pen that’s used to create the virtual drawings. He demonstrates by using one to spit out colors, shapes and a bouncing ball.

3D Charades might sound like a standard online multiplayer game, but it points to what the metaverse could become. The much-hyped metaverse refers to shared, persistent digital space for meetings, games and socializing. People there are represented as avatars, usually cartoon-like 3D figures, and roam virtual spaces. The concept has been on the agenda at trend-setting conferences, like the recently held SXSW festival in Austin and the Game Developers Conference, which is happening this week in San Francisco.

The idea of the metaverse started in fiction written decades ago by Orson Scott Card and Neal Stephenson, both of whom dreamed up computer-generated spaces in which their characters spent chunks of their days. Games like Second Life, Minecraft and Roblox represented a first wave in metaverse development shortly after. In some of those games, players use virtual materials to build items that their avatars use, expanding the metaverse’s metaphor for real life.

Epic Games sees its hit Fortnite as more than just a Hunger Games-style shoot-’em-up. It’s a place to play, hang with friends or watch a movie. The popular game has hosted concerts by musicians, including Travis Scott and Ariana Grande. In Beat Saber, people compete in games where they swing their arms to the rhythm of popular music by Lady Gaga and Billie Eilish. In Echo VR, players compete in a game mixing ultimate frisbee and capture-the-flag in space.

Facebook and Microsoft see the metaverse as a place to live and work. Some people are even creating digital offices to connect colleagues who are on the other side of the world.

Read more: The Metaverse Isn’t a Destination. It’s a Metaphor

The activity remains largely experimental, and no one knows what it will look like in a few years. Still, business leaders from Walt Disney to supercar maker Ferrari are talking about how you’ll find their products in the metaverse. Or in multiple metaverses.

Fajt invited me to his version of the metaverse on a dreary Friday last month. I found myself sitting across from him in a room that’s a mix of college rec center, kid playroom and ski lodge. It’s colorful, complete with chairs and a coffee table. Springtime trees wave in the breeze outside. In the real world, we’re thousands of miles apart. He’s in Seattle wearing an Oculus Quest headset, and I’m in Washington, DC, staring at my computer screen.

In Rec Room, people play games like virtual paintball, dodgeball and frisbee disc golf alongside others who log into the worlds either with a virtual reality headset, a phone, a controller connected to a video game console, or a keyboard and mouse on a computer.

CNET editor Dan Ackerman gave some of Rec Room’s games a try shortly after it first launched in 2016. At the time, he said the social experience, including voice chat while playing, makes the difference. “I’ve tested dozens of VR apps and games,” he wrote at the time. “There’s literally nothing more fun you can do in virtual reality right now.”

Back when the metaverse was a philosophical plaything in fiction books, the virtual world was often used as a dystopian warning about the future. Card’s 1985 novel Ender’s Game used computer-generated worlds for fighting war. Stephenson’s 1992 novel Snow Crash described people who lived their lives in the digital realm. They were called “gargoyles” because the technology on their bodies made them look monstrous. In the 1999 movie The Matrix, the “dream world” computer simulation is a tool to enslave humanity.

Today, the metaverse game worlds act as social experiences. For some, that’s a story-driven adventure game such as Activision Blizzard’s World of Warcraft or the battle royale hit Fortnite. For others, it’s world-building games like Minecraft. The idea of social games is baked into the metaverse but predates it.

“It’s less ‘I want to go do something,’ and more ‘I want to be there,'” said Paul Bettner, whose Scrabble-like Words With Friends game for mobile devices became a hit in 2009 because it was designed to be easily played with other people across the internet. “People don’t love Words With Friends, people love each other,” he once told a room full of fellow developers. “Our game is just the latest greatest excuse to hang out with our friends.”

As these social games grow in popularity, newcomers use them in unexpected ways. US Rep. Alexandria Ocasio-Cortez of New York is already using online games to help fundraise for charity. Families have used them to hold virtual birthday parties during the pandemic.

“When these new technology waves wash over us, it’s not necessarily that we need to create a brand new type of game,” said Bettner, now head of Playful Studios, whose 2016 adventure game Lucky’s Tale was a hit with early VR enthusiasts. “It’s that we’ll be able to reach a new audience and in a new way.”

There’s a lot about the tech world that the metaverse could improve upon.

Developers say today’s internet can often feel lonely. A Facebook, Instagram or TikTok feed doesn’t feel the same as hanging out with your friends, even though you’re looking at what they’ve posted. “A hundred percent of the time almost no one is there with you,” said Philip Rosedale. Despite those flaws, he watched social networking grow much faster than Second Life, the virtual world his team released in 2003.

Most metaverse projects are small compared to Facebook, which has nearly 2 billion users a day. What sets them apart is their potential to act as a canvas for players to create their own worlds.

“We think about, ‘How do you make it immersive?’ and ‘What are the tools that empower people to create these 3D environments?'” said Manuel Bronstein, an alum of Microsoft’s Xbox team as well as the social giant Zynga, who’s now chief product officer for Roblox. The online game dates back more than a decade, giving players tools to create their own digital worlds, ranging from digital pet simulator Adopt Me! to the puzzle game Tower of Hell.

Developers such as Roblox, Rec Room and Microsoft’s Minecraft, primarily build tools to make their game worlds more compelling to live in. Bronstein’s team is introducing a feature known as spatial voice that uses computer smarts to raise and lower the voices of other people talking based on how far or close they are. “We want you to feel like you’re surrounded,” Bronstein said.

Many developers agree the metaverse is still in its infancy. It’s jarring for people who don’t have experience in gaming or tech to jump into these digital worlds for more than a short experience. The technology of the metaverse isn’t sophisticated enough for social cues, such as wrinkling your forehead, to deliver nonverbal communication that’s essential in the real world.

“If I’m going to have a conversation with my mom or a serious meeting, I want the real them, so I can understand them and their emotions,” said Denny Unger, head of VR developer Cloudhead Games whose Pistol Whip rhythm music game became a hit on social media.

Back in the virtual rec center with Fajt, I wondered if the room could ever be dressed up enough to host a serious event, like a treaty signing or a business deal.

I might find out soon. Roughly half a million people are creating and refining experiences in Rec Room, according to Fajt. That’s about four times more than the number of people who edit Wikipedia, the most popular online encyclopedia.

“This is truly a world that’s built by millions of different hands,” Fajt said. “We’re letting the creators in the community tell us what they need and in what order.”