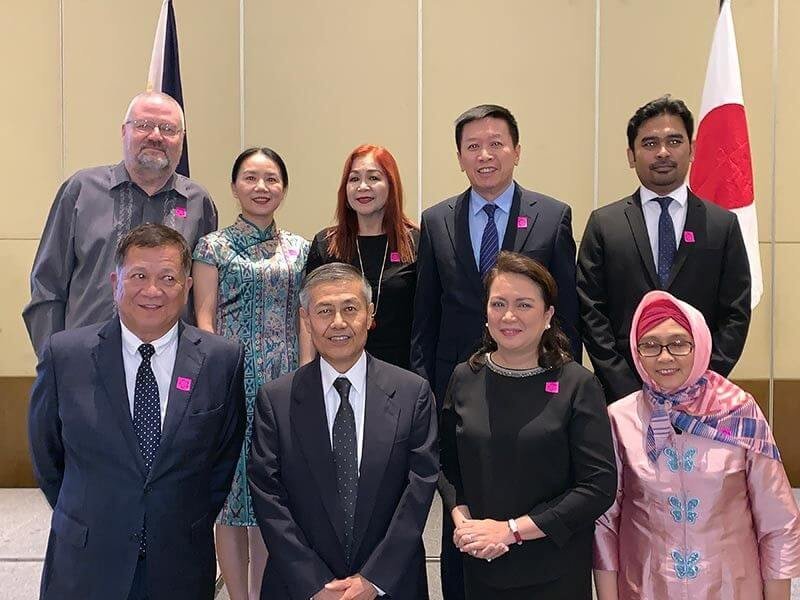 THE Consulate General of Japan in Davao recently hosted a reception for two significant events — the Enthronement of His Imperial Highness the Crown Prince and the 100th anniversary of the Davao Japanese community.

On May 1, 2019, Japan ushered the new Imperial Era, “Reiwa”, meaning “beautiful harmony.” This was when the HM Emperor Nahurito acceded to the throne after the abdication of HM Emperor Akihito from the Imperial Throne.

Consul General Miwa said in his address that during the 30-year era of Emperor Akihito, relations between Japan and the Philippines were greatly strengthened. For this, he extended his gratitude to the Filipinos who supported the past era.

“I am confident that the beautiful harmony, which is the essence of Reiwa, will continue to flourish in both our countries as we work together and further advance the Philippine-Japan strategic partnership,” said Miwa.

Glasses were also raised to salute the 100 years of the Davao Japanese community. It was in 1903 when the first group of 30 Japanese immigrants arrived in Davao to work in an agricultural plantation engaged in the production of abaca. This started the influx of immigrants to the city.

In 1918, the Davao Japanese Association was organized, and two years after, in 1920, the Japanese consulate was established. Davao was known as the “Little Tokyo” when the Japanese community grew to twenty thousand at its peak.

We use cookies on our website to give you the most relevant experience by remembering your preferences and repeat visits. By clicking “Accept All”, you consent to the use of ALL the cookies. However, you may visit "Cookie Settings" to provide a controlled consent.
Cookie SettingsAccept All
Manage consent