No one is above the law, Bato dela Rosa tells critics of proposed amendments to party-list law 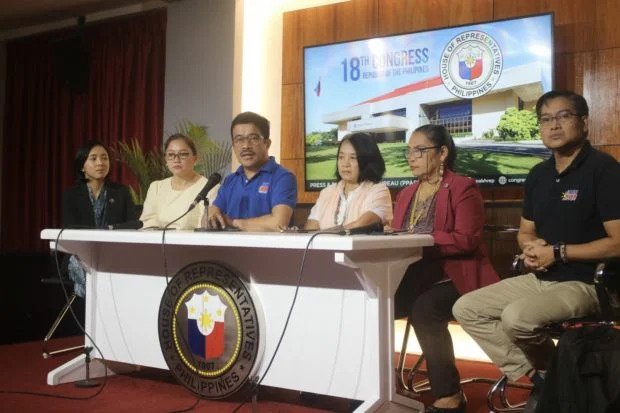 MANILA, Philippines — “No one is above the law,” not even government officials, Senator Ronald “Bato” dela Rosa said on Tuesday after a congressman likened his bill to the Anti-Terror Law.

Dela Rosa filed Senate Bill No. 201, which seeks to amend the Party-list System Act to prohibit party-lists linked with terrorist organizations from joining the legislature.

The proposed law elicited strong opposition from some groups in the House of Representatives, with Kabataan party-list Representative Raoul Manuel, expressing concern that its provisions will be used to silence critics in Congress.

But Dela Rosa, in a message to INQUIRER.net, said no one — not senators or congressmen — should be exempt from the law.

“If that’s how they feel then I am so sorry… They can not be exempted from the implementation of the law,” he said. “Congress is still part of the territorial jurisdiction of the Philippines, hence, laws should be faithfully implemented therein.”

Dela Rosa’s bill seeks to amend Section 6 of the Party-list System Act by expanding the grounds for the refusal and/or cancellation of registration of any party, organization, or coalition as a party-list group.

The following would be included as grounds for disqualification under dela Rosa’s proposal:

The Anti-Terrorism Act was one of the most highly-contested laws after more than 30 petitions were lodged against the measure.

Arguing before the Supreme Court, petitioners claimed the law violates at least 15 fundamental rights under the 1987 Constitution.