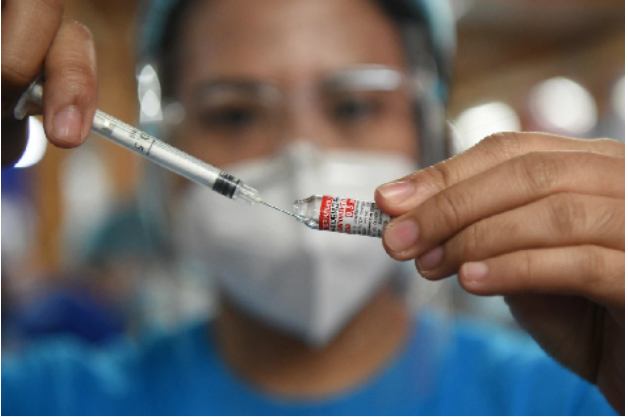 MANILA — Even as it awaits the final recommendation of the Health Technology Assessment Council (HTAC) on the implementation of a second booster shot against COVID-19, the National Vaccination Operations Center (NVOC) said Monday it hopes to start the rollout this week.

“We’re looking at April 20, sana naumpisahan. But if the HTAC is not yet ready, we hope by this week ay maumpisahan natin,” Health Usec. Myrna Cabotaje, chairperson of the NVOC, said.

The Department of Health announced last Wednesday that the Food and Drug Administration has amended the emergency use authorization of COVID-19 vaccines to include a second booster shot for the elderly, immunocompromised, and health workers.

Immediately, the NVOC started working with its regional counterparts to craft guidelines for its rollout.

But the implementation remains “on hold until the HTAC has finished” its review and issued its final recommendation, the DOH said Monday.

Cabotaje said that the plan is to start the rollout of the second booster shot among members of the identified priority groups in Metro Manila.

“And then, immediately after one or two days, i-rollout na natin ‘yan sa rest of the country.”

The FDA has authorized the COVID vaccines of Pfizer, Moderna, Sinovac, Sinopharm, and AstraZeneca, as well as Sputnik Light and Janssen to be administered as a second booster shot for the eligible population at least four months after they received their first booster shot.

In moderately and severely immunocompromised people, the additional booster dose could be given earlier subject to the attending physician’s assessment.

The NVOC will release guidelines on which vaccine brands may be used as homologous or heterologous second booster.

“Ang aming recommendation, based on the guidelines namin sa NVOC, pwedeng homologous at heterologous. May nagsasabi na mas malakas ang heterologous- you are given a different vaccine from the first three doses. Kung heterologous man, pareho sana ng third booster. But we will see the final recommendation of the HTAC,” Cabotaje said.

Around 1.7 million people are qualified to receive a second booster shot in the Philippines this April, according to the NVOC.

It assured the public that the benefits of the additional COVID vaccine dose outweigh the risks.

“The first booster, yes, it protected them. But the immunity waned two to three months after because of their condition. Like for the elderly, it waned less than 50 percent after receiving the first booster. Even the immunocompromised, the vaccine effectiveness, especially against the omicron, waned — only 30 percent after the third to fourth month… We’re preparing for omicron XE. We want this population to be protected and retain that effectiveness to more than 50 percent,” he said.

The Philippines has fully vaccinated 66.8 million of its target 90 million individuals as of April 15, according to NVOC data. But of the 48.8 million due for a booster shot, only 12.6 million received it so far.

“May mga 36 million na due for booster, hindi pa sila nagpapa-booster. We really need to encourage them to come for their booster doses,” Cabotaje said.

The NVOC is planning to hold special vaccination days this April in Region 12, Negros Occidental, Negros Oriental, and Palawan.

It is also organizing another round of special vaccinations in the Bangsamoro Autonomous Region in Muslim Mindanao (BARMM) next month.