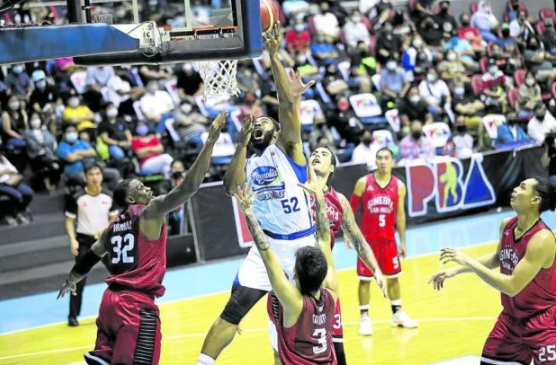 The Philippine Basketball Association (PBA) said that it has received an endorsement from the Games and Amusements Board (GAB) to resume its stalled Governors’ Cup under a certain setup, the Inquirer learned.

“I got a Viber message from chairman [Baham] Mitra saying that they’re fine with us continuing under a home-venue-home scheme. He said that his agency also forwarded the [endorsement] to the [Inter-Agency Task Force for the Management of Emerging Infectious Diseases],” commissioner Willie Marcial said over the phone as a clearer picture on when the tournament could restart was painted.

“That’s huge for us. This week we can begin plotting, especially with the [COVID-19] cases said to plateau [soon],” he went on.

The development comes as a literal boost for the league, which is dealing with its third indefinite stoppage brought on by the coronavirus pandemic. The commissioner said in a previous interview that the best recourse for the PBA was to ride out the surge.

But with the GAB endorsement entering the picture, the league can now take a step toward resumption.

“We’re finally having direction,” Marcial said. “We’ll be able to do a lot of consultations this week. I can actually start planning ahead.”

The PBA’s import-spiced showcase was supposed to resume on Jan. 5, but an uptick in new infections prompted the league’s leadership to scrub a couple of games, and eventually the remainder of the conference.

This one, however, hurts the pockets of team owners a bit more, as they currently have foreign reinforcements, they need to pay even without the play.

Marcial admitted that he has been surprised by how the past few weeks have turned out, as he has yet to receive a complaint from any team.

“Honestly, I’ve yet to get a call from any governor or team owner. So I’m really thankful everyone’s getting by,” said the league chief.

“I really just hope we’re really able to reboot by February,” he added.

In related league news, Phoenix Super LPG said it has taken steps to lock down Chris Banchero, the club’s lead playmaker who is due to enter unrestricted free agency (UFA) later this month.

“We are currently [in] talks with him already. [But that’s] all I can [say] for now,” team manager Paolo Bugia told the Inquirer.

Banchero has been solid for the Fuel Masters, putting up 18 points, 4.4 assists and 2.4 steals in the Governors’ Cup. His play has been resurgent since acclimating with the club and after playing for the guard-heavy Magnolia Hotshots.

The Filipino-Italian guard belongs to the 2014 rookie class, which will be the first batch of players to navigate unrestricted free agency that has thrown out the right of first refusal rule that teams used to wield.

Rodney Brondial, formerly of Alaska, and Nards Pinto, previously of Meralco, were the first players to enjoy the privilege. Brondial went to San Miguel Beer, while Pinto signed up with Barangay Ginebra.

Marcial said that the league is still feeling its way through the UFA, which is expected to hit fever pitch in the next seasons.

“But if [a certain move] shall cause disadvantages within the league, then we’re going to definitely revisit our policies.” INQ