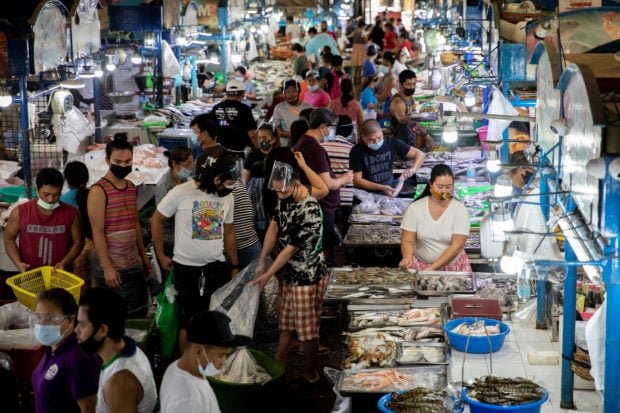 MANILA – Philippine consumer prices rose more than expected in November, taking the annual increase to a 14-year high of 8 percent, the Philippine Statistics Authority (PSA) said on Tuesday, exerting more pressure on the central bank to stay on its monetary tightening path.

The faster-than-expected increase in November was due to rises in food and non-alcoholic beverage prices, which accounted for 58 percent of the overall price increase.

Economists polled by Reuters had forecast inflation would accelerate to 7.8 percent, while the central bank had forecast a figure of between 7.4 percent-8.2 percent.

BSP Governor Felipe Medalla said the rate hike at the Dec. 15 meeting might be smaller, in step with the U.S. Federal Reserve policy moves.

Medalla said in an interview with Bloomberg TV last week said he was personally looking at several more increases of 0.25 ppts in the succeeding meetings of the Monetary Board.

About a week ago, the International Monetary Fund (IMF) nudged the Philippines to further tighten its monetary policy amid persistent inflationary pressures, making the recommendation after its periodic consultations with key officials.