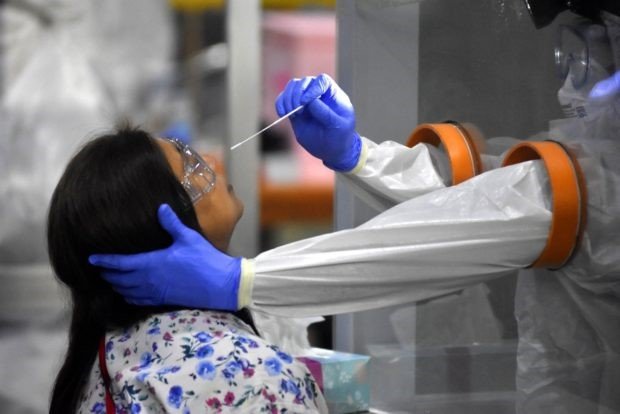 MANILA, Philippines — The average number of tests conducted in February has decreased considerably compared to January.

The Department of Health’s (DOH) daily case bulletin has shown that starting February 1, tests conducted for the new coronavirus ranged between 31,053 to 42,446 – much lower compared to lat month, when tests were consistently higher, ranging from 43,878 to 81,737 from January 5-31.

However, the lowest number of tests conducted so far this year was on January 3, with only 18,587. But it quickly rose to 44,643 just two days

later due to the threat posed by the Omicron variant of SAR-CoV-2, the latest strain of coronavirus that causes COVID-19.

On Monday, the DOH reported 6,835 new cases of COVID-19, the lowest since January 4, with only 36,773 tests conducted. New infections have also been consistently below 10,000 since February 1.

The DOH recently dropped the mandatory test for close contacts of COVID patients who show no coronavirus disease symptoms and contact tracing in community transmission, as executive officials pushed for targeted testing instead.

However, self-administered COVID-19 antigen tests have since been made available, with the DOH earlier reminding the public of the mandatory reporting of positive results.