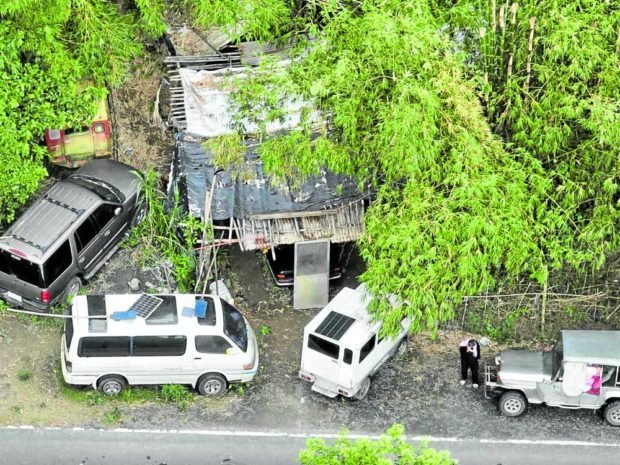 MANILA, Philippines — More than 30 armed men have been encamped since last week on the roadside of the Marikina-Infanta Highway within the vicinity of the protected Masungi conservation site, according to its administrators.

The Masungi Georeserve Foundation, which on Sunday described their presence as an “invasion,” said in a statement that the men reportedly associated with Sinagtala Security Agency Services had arrived with the intention of taking over huge tracts of land in the protected area.

The security personnel’s camps are along the road between the Kaliwa Watershed and the Marikina Watershed, which are protected and reforested by the Masungi Georeserve Foundation under an agreement with the government.

According to foundation cofounder Ann Adeline Dumaliang, the group was flagrantly violating the National Integrated Protected Areas System Act of 1992 as well as committing trespassing and forcible entry in broad daylight along a national highway.

While filing a complaint is an option for the foundation, Dumaliang said quick action by the government agencies was crucial to prevent degradation in the area.

The security men refused to disclose their names and contact details.

“If this is not shady business, there is no need to obstruct the verification process by withholding even basic information and avoiding accountability,” the foundation said.

Masungi’s conservation site has been legally titled to the Philippines since the 1950s.

“It is being conserved and reforested by our team under an agreement with the government. This is a critical area for the wildlife sanctuary and the consequences of losing this area once again will set back forest protection and [will] be a huge injustice to Filipinos,” Masungi Georeserve said.

The foundation urged the Department of Environment and Natural Resources (DENR) and the Department of the Interior and Local Government (DILG) as well as the Philippine National Police “to take immediate action… and to stop this ongoing invasion, and remove the invaders.”

Billie Dumaliang, the site management’s advocacy officer and trustee, said the DENR had told them a report has been forwarded to “appropriate offices for immediate action.”