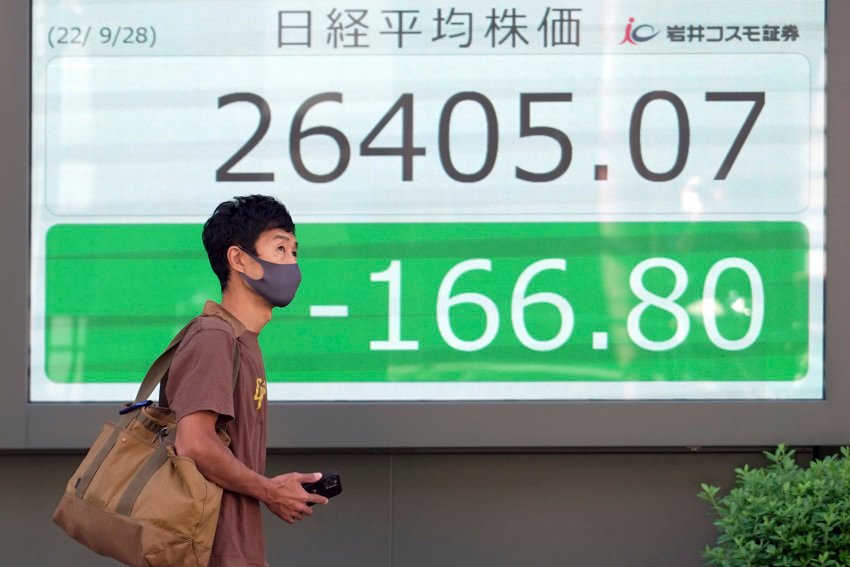 TOKYO – Business sentiment among large manufacturers worsened for the third straight quarter, a Bank of Japan survey showed Monday, as the nation grappled with rising costs, the dropping value of the yen and restrictions on economic activity over the coronavirus pandemic.

The headline measure for the “tankan,” measuring sentiment among large manufacturers, was plus 8, down from plus 9 the previous quarter.

The tankan measures corporate sentiment by subtracting the number of companies saying business conditions are negative from those responding they are positive.

Worries are growing about how the Bank of Japan hasn’t gone along with other central banks in tightening interest rates to curb growing inflation. Japan has been trying to fight deflation in recent years and has kept interest rates at near zero.

The nose-diving yen is also a concern, although a cheap yen has in the past been lauded as helping the nation’s big exporters like Toyota Motor Corp., by raising the value of overseas earnings.

The rising costs of imports, including energy as well as food, is hurting Japan, when the U.S. dollar is now trading at nearly 145 yen, when it used to be at 130-yen levels just a few months ago. A year ago, the dollar cost 111 yen.

Sentiment among large nonmanufacturers improved to 14 from 13, according to the latest tankan.

The world’s third-largest economy has struggled for decades to keep growth going. But the stagnation has worsened the last two years because of reduced travel and supply shortages caused by the pandemic.

The war in Ukraine has added to the problems for a resource-poor nation that imports almost all its oil.

The return of individual visa-free travel later this month is certain to work to boost incoming tourists.

The pandemic had squelched overseas tourism, which had sustained economic activity in recent years.