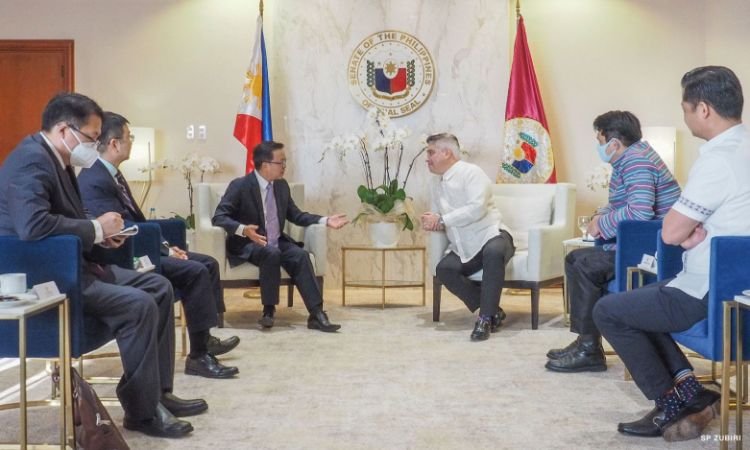 “The report of ‘tourist blacklist’ is misinformation. China has not placed the Philippines on its blacklist for tourism,” the Chinese embassy said in a statement sent to reporters.

The embassy released the statement after Zubiri quoted Chinese Ambassador to the Philippines Huang Xilian saying that the country was on a blacklist because of issues hounding Philippine offshore gaming operations (POGOs).

“Because of the problem of POGO, the Philippines now is blacklisted and tourists now are discouraged to go to the Philippines,” Zubiri on the same day told a Senate hearing, citing information from a meeting with the ambassador.

The Chinese Ambassador also later on clarified that the meeting with Zubiri and Senators Win Gatchalian and Robin Padilla was “warm and fruitful” and said that more Chinese tourists are still expected to visit the country.

“Before the COVID-19 pandemic, close to two million Chinese nationals travelled to the Philippines in 2019, making China the second largest source of tourists. We expect more Chinese tourists to come to this country after the pandemic,” the statement read.