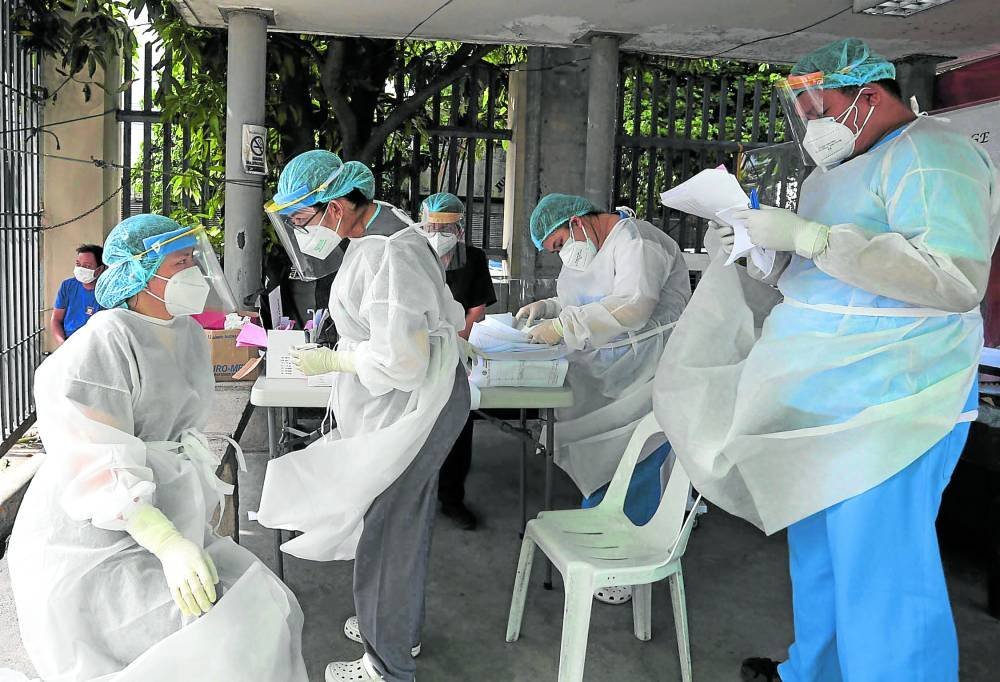 The government has about P320 million ready to be paid out as compensation for more than 20,000 health-care workers who got sick or had died of COVID-19 this year, but many others have yet to receive the benefits due them during the first two years of the pandemic.

The Department of Health (DOH) said in a statement on Thursday that it was working on disbursing more than P323 million “for the payment of at least 21,800 sickness and death compensation claims” to health workers under the 2022 budget.

But the amount, which includes claims that are ready for release or are pending approval, is only about a fifth of the total allocated by the General Appropriations Act of 2022, or the national budget, for the sickness and death benefits of health workers who contracted COVID-19 in the line of duty.

The Department of Budget and Management (DBM) over the weekend announced that it released P1.08 billion on May 13 for compensation payments.

The health department said it was working closely with the DBM for the release of funds to cover other benefit claims, which had been shelved during the first two years of the pandemic, which struck the country in the early part of 2020.

Leaders of unions and health workers’ associations welcomed the recent disbursement of funds and the passage of Republic Act No. 11712, which granted “continuing” benefits to medical front-liners under a state of public health emergency. But they also criticized the DOH for the persistent problems they faced in claiming COVID-19 benefits.

“Anything that adds to the compensation [of health workers] and may motivate nurses is welcome development in our ranks,” Melvin Miranda, national president of the Philippine Nurses Association, told the Inquirer.

But citing DOH records, he pointed out that the distribution of One COVID-19 Allowance (OCA) to about half a million health workers has been slow, saying only P992 million had been disbursed, or only 25.62 percent of the P3.9 billion OCA allotments, as of February this year.

In January, the DOH replaced special risk allowances, stipulated in the Bayanihan 2 law, with OCA as it was deemed “more inclusive” by the health agency. A total of P7.92 billion was allocated for OCA, which sets the amount of benefits to health workers based on the level of risk of their exposure to the severe respiratory disease.

Under OCA, health workers assigned to areas identified as high risk are entitled to receive P9,000 a month, while those serving in moderate- and low-risk areas will get P6,000 and P3,000, respectively.

Robert Mendoza, president of Alliance of Health Workers, said such classifications were discriminatory because the coronavirus does not choose who to infect, especially in a hospital setting.

“We all know that the virus will infect anyone because it is airborne and once it is in the hospital, it stays there. So, when you are in the hospital, you are automatically at a high risk,” he told the Inquirer.

Mendoza also opposed the 20-percent tax imposed on OCA benefits. The same rate would also to be imposed on compensation under the recently signed Public Health Emergency Benefits and Allowances for Health Care Workers Act.

“If you’re classified as high risk, you end up getting the amount for moderate risk because of the tax,” he said in a phone interview.

The new law on health worker benefits would replace OCA, according to Mendoza. It also guarantees the release of an “emergency allowance” for every month of service with the same classification and rates under OCA.

The recent disbursements were good news to the 37,000-strong union, he said, but he condemned the same problems that continued to make it difficult for health workers to claim their benefits.

“There are so many documents that they need to submit and they have been going back and forth to DOH [offices] only to be denied. They grow tired doing the same process until they end up with no claims,” Mendoza said.

According to him, the compensation for 81 deaths under Bayanihan laws remain pending since 2021, based on data from the Centers for Health Development. Three of the fatalities were recorded this year, he said.