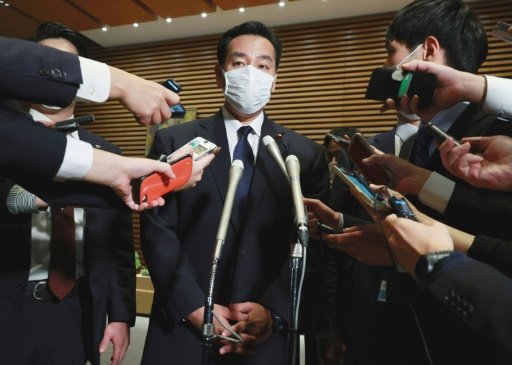 TOKYO – A Japanese minister resigned on Monday following allegations over his ties to the Unification Church, which is under renewed scrutiny after the assassination of former prime minister Shinzo Abe.

Daishiro Yamagiwa, minister for economic revitalization, said he did not want the allegations to “affect the parliamentary debate”, without naming the church.

Last week Prime Minister Fumio Kishida ordered a government probe into the group, which has been in the spotlight because the man accused of killing Abe in July was reportedly motivated by resentment against it.

The sect’s Japan chapter has been accused of pressuring adherents to make hefty donations and blamed for child neglect among members.

The church, officially known as the Family Federation for World Peace and Unification, has denied wrongdoing, but a parade of former members have gone public with criticism of its practices.

Members of the church are sometimes referred to as Moonies after Korean founder Sun Myung Moon, who died in 2012.

Yamagiwa has been under fire in parliament following local media reports about his alleged ties to the group — partly because he appeared in a group photo in 2019 with Hak Ja Han, the wife of founder Moon.

The politician had confirmed it was him in the image, but said in parliament on Monday that his memory about “the photo with her… is unclear”.

He has also previously said he joined an event organized by the church in 2018.

The politician said Monday he planned to stay on as a lawmaker.

“I deeply regret that my attendance at several meetings of the organization has resulted in giving credit to the said organization,” he said.

“After this was pointed out to me by an outside party, I had to follow up with explanations. As a result, it caused trouble for the government.”

Kishida said Monday he accepted Yamagiwa’s resignation and would announce a replacement on Tuesday.

The government’s approval ratings have plummeted to 38 percent, according to the latest poll by public broadcaster NHK, after revelations about the church’s links with top politicians.

The investigation could lead to a dissolution order, which would see the church lose its status as a tax-exempt religious organization, though it could still continue to operate.

Only two religious groups in Japan have ever received such an order, reports said, one of which was the Aum Shinrikyo cult that carried out the 1995 sarin attack on the Tokyo metro.

The other is a group that defrauded members.