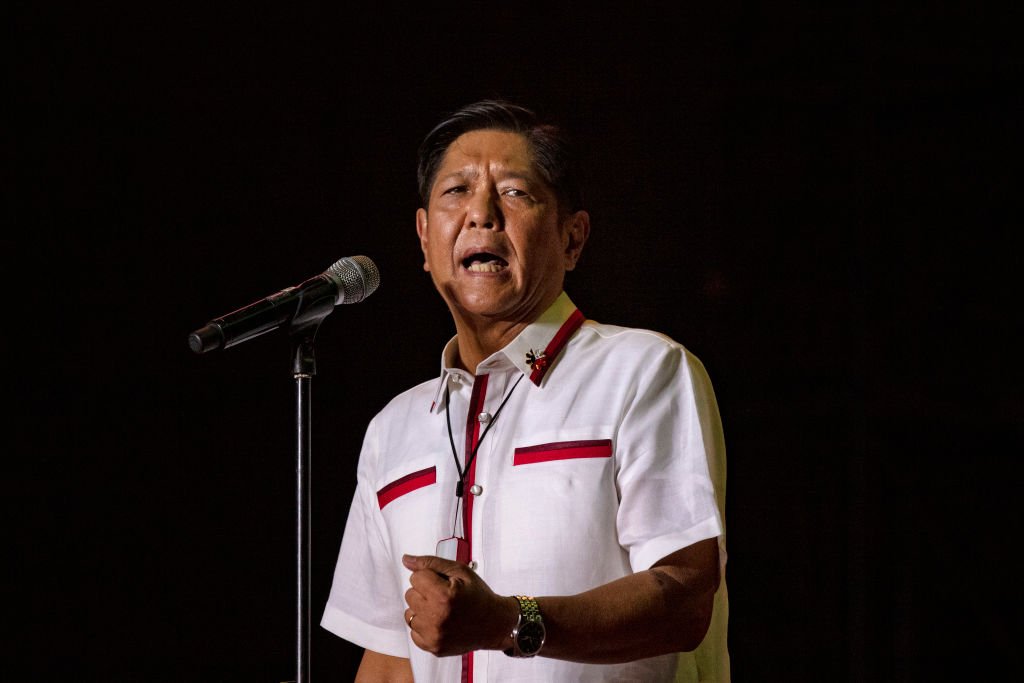 MANILA, Philippines — Ferdinand “Bongbong” Marcos is now officially the 17th President of the Republic of the Philippines after he took his oath of office on Thursday noon at the National Museum grounds in the nation’s capital.

Marcos took his oath before Supreme Court Chief Justice Alexander Gesmundo, marking the return of the Marcos family to power — 36 years since the administration of his late father and namesake, former president Ferdinand Marcos.

Marcos wore a barong tagalog designed by Pepito Albert. The design of the barong tagalog is said to be inspired by the military uniform worn during the Spanish colonial period.

Among the personalities present at the inauguration were members of the Marcos family including First Lady Liza Araneta, their children including representative-elect Sandro Marcos, and the President’s sisters Senator Imee Marcos and Irene Araneta.

Prior to his inauguration, Marcos first went to the Malacañang Palace to meet former president Rodrigo Duterte, who was given departure honors.

During the inaugural, the Philippine national anthem was sung by Marcos election campaign supporter and actress Toni Gonzaga.

After an interfaith prayer, a civil-military parade displaying the assets and capabilities of the country’s law enforcement and defense agencies was held.

Marcos will return to the Malacañang Palace for arrival honors.  After which, he is expected to lead the mass oath-taking of his Cabinet members.

The inaugural dinner will also be held inside the Malacañang, while a “People’s Concert” will take place at around 9:00 p.m. at Mendiola in Manila.

Marcos won by a big margin in the 2022 presidential race, getting over 31 million votes while his closest rival, former vice president Leni Robredo got 15 million votes.

Last May 25, both houses of Congress proclaimed Marcos and Duterte as winners of the 2022 polls.