Japan Inc finally giving raises, just not to everyone 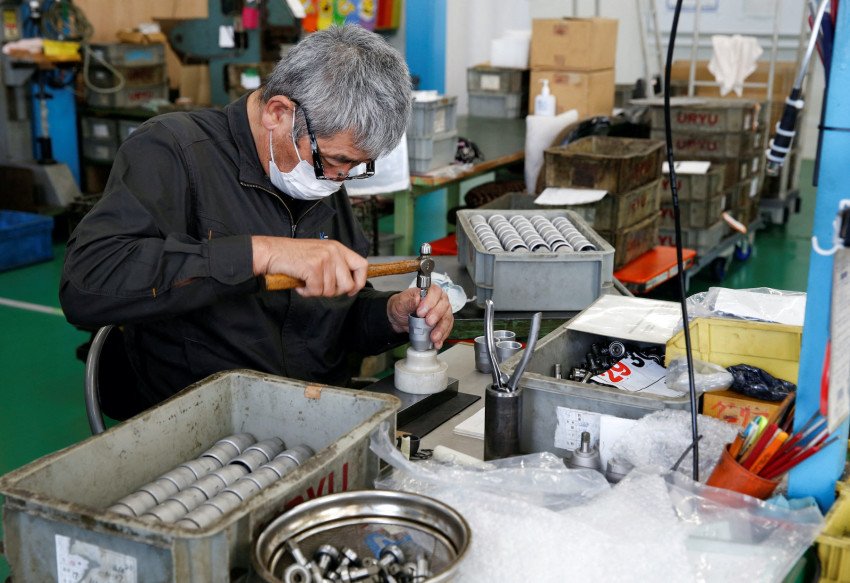 TOKYO – Japan’s top companies are gearing up to offer their biggest wage increases in decades, but there’s no way Hideki Kawada can afford raises for the 18 employees at his printing firm.

Prime Minister Fumio Kishida has called on Japan Inc to increase pay and reverse decades of flat wages that have squeezed growth in the world’s third-largest economy.

Fast Retailing Co Ltd, which owns clothing giant Uniqlo, said it would boost pay by up to 40%, fueling expectations big manufacturers will offer more at annual wage talks with unions this spring.

Yet the small companies that provide most of Japan’s jobs generally can’t increase pay, business owners, economists and officials say. Battered by the pandemic, small firms now struggle to pass on higher costs out of fear of losing customers.

That’s bad news for both Kishida and the central bank, which wants to wind down years of stimulus. The lack of broad wage growth illustrates Japan’s struggle to escape a deflationary spiral that has forced households and businesses to scrimp instead of spend.

“Sure we can give raises, that’s easy, but we’d be out of business in two years,” said Kawada, whose Tokyo company, Kowa, prints advertisements and brochures.

The cost of paper went up three times last year and his ability to raise prices is limited by competition.

“The companies that can hold out and offer lower prices, even temporarily, get the work,” he said. “Everyone’s losing money, so it’s just a case of enduring as long as you can until the other guys go out of business.”

Kawada has taken the company his father founded into web production and video, but doesn’t see enough of a future to pass it down to his son. He is considering shutting it when he retires.

Japan’s largest labor group, Rengo, has called for a 5% pay increase at spring talks and big firms are seen offering around 2.9%, the biggest bump in 26 years.

Some members of Tokyo Union, which represents around 600 workers mainly at small companies, will see “a little bit of a raise, if they really demand it,” said deputy chairman Tatsuya Sekiguchi.

Last year some workplaces kept up with the cost of living and very few got a little extra, he said. Many workplaces still haven’t recovered from the pandemic, he said

Small and mid-size firms account for 99% of the companies in Japan and almost 70% of employment, according to a 2016 government survey, the latest available.

They form the backbone of manufacturing, or monozukuri, built on tiers of suppliers from tiny subcontractors up. Toyota Motor Corp has some 60,000 suppliers.

Small companies want to raise wages but are at the mercy of customers, said Takumi Tsunoda, a senior economist at Shinkin Central Bank Research Institute.

“Their biggest worry is that customers will shift to another supplier. They feel they have no choice but to put up with impossible demands from big companies.”

Small and medium-sized firms are passing on just 47% of higher costs to buyers, a September survey from the ministry of trade and industry showed. That was “not sufficient” and a sign suppliers were shouldering a lot of the burden, said ministry official Hiroyuki Sameshima.

The trend is most apparent in industries with many small suppliers. Trucking companies, for example, are able to pass on only 19% of their cost increases, he said.

The fair trade watchdog last month named 13 big companies it said refused to accept higher prices from suppliers. None were accused of illegal activity, but the public shaming was seen as attempt to get them to pay more.

“Our generation was born after Japan’s bubble burst. We have never seen a booming economy.”

In dollar terms, Japan’s average annual pay totalled $39,711 in 2021, well below the OECD average of $51,607 and little changed from the early 1990s. That’s put pressure on household consumption, which accounts for more than half of Japan’s economy.

Real wages, which take into account inflation, have had their biggest hit in eight years.

Weak companies have been helped by government stimulus, especially through the pandemic.

Low-wage workers cope by cutting back spending. Part-timers are often housewives who do things like focus on collecting loyalty points to save money, said Keitaro Kawakami, research adviser at Shufu JOB Research Institute.

Kawada, the print shop owner, hasn’t taken on a new graduate in nearly 20 years – even though they are cheaper than mid-career hires. He can’t guarantee a job for life for a younger worker.

“If we go out of business, it won’t just be a problem for me, but for the employees and their families,” he said. “We have to find a way to survive as a company and do our best together.”