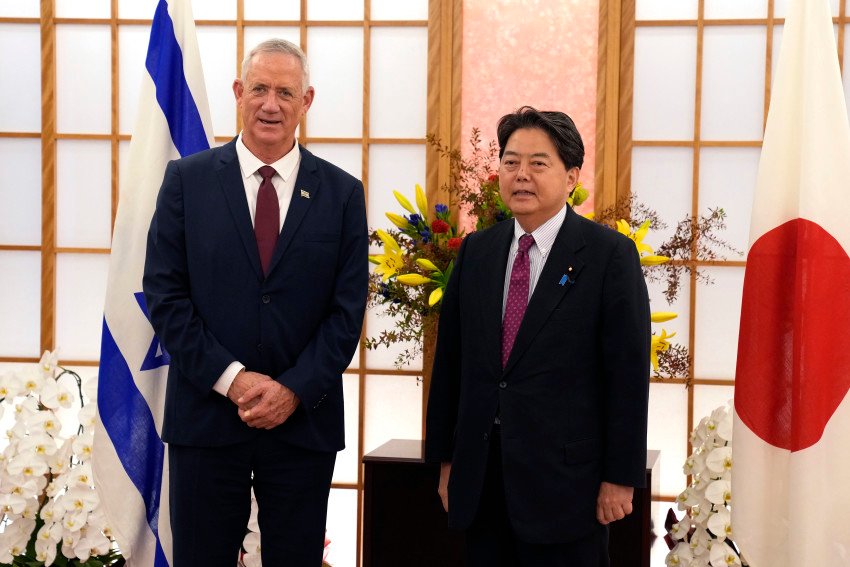 TOKYO – The defense ministers of Japan and Israel shared concerns on Tuesday about growing global tensions from Asia to the Middle East and signed an agreement to step up cooperation in military equipment and technology.

Japanese Defense Minister Yasukazu Hamada said he welcomes stronger military ties with Israel as a way to achieve a “free and open Indo-Pacific” vision advocated by Japan and the United States to counter China’s growing assertiveness in the region.

Hamada said peace and stability in the Middle East would also help Japan’s peace and prosperity. Both regions have key sea transportation lanes.

Japan and Israel, which are both strong U.S. allies, are marking the 70th anniversary of their diplomatic ties this year.

Visiting Israeli Defense Minister Benny Gantz told a joint news conference after meeting with Hamada that strengthened defense cooperation “will elevate the 70 years of excellent ties between our countries to the strategic level.”

Their cooperation in broader areas from defense technology to information sharing and military-to-military activities “will strengthen the defense capability of each country as well as our joint contribution to peace and stability in our regions and all over the world,” he added.

Japan, which faces security challenges from China and North Korea and from Russia’s invasion of Ukraine, has been expanding its military cooperation beyond its traditional ally, the United States, to other friendly nations in the Asia-Pacific region and Europe.

It is particularly concerned about Beijing’s assertive military actions in the East and South China Seas and growing tensions around Taiwan, a self-ruled island that China claims as its own territory.