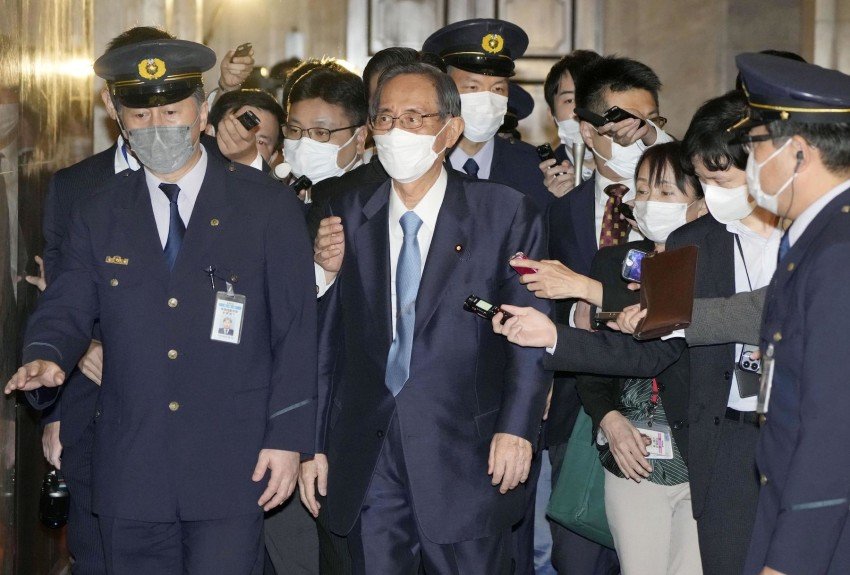 TOKYO – Japan’s lower house chief Hiroyuki Hosoda expressed readiness Thursday to clarify his dubious links with the controversial Unification Church after opposition parties called for an explanation in the Diet.

During an extraordinary parliamentary session on Wednesday, Kenta Izumi, leader of the main opposition Constitutional Democratic Party of Japan, demanded that Hosoda, the 78-year-old speaker of the House of Representatives, explain further his ties with the religious group.

It is unusual for a lawmaker to direct a question to a lower house speaker, who plays a neutral role in the chamber.

Before he became speaker, Hosoda was head of the ruling Liberal Democratic Party’s largest faction, later led by former Prime Minister Shinzo Abe, who was fatally shot during election campaigning in early July.

On Wednesday, Izumi claimed the faction had forged deep relations with the Unification Church. “Can you answer my question, speaker? If you cannot do that, please answer by a gesture,” Izumi said, leading to heckling in the chamber.

Hosoda did not respond, while LDP lawmaker Shunichi Yamaguchi, chair of the lower house’s Committee on Rules and Administration, cautioned Izumi on Thursday through an opposition party member against “disrespecting” the speaker.

Hosoda released a statement about the issue last week, but he is unlikely to hold a press conference. Yamaguchi is planning to meet with Hosoda on Friday and then brief the contents of the speaker’s explanation to the press, he said.

The church, often labeled as a cult, has come under the spotlight since Tetsuya Yamagami, the man who shot Abe, was quoted by investigators as saying his family was ruined after his mother made huge donations to the church.

He also reportedly said he believed the former prime minister was linked to the group, as Abe appeared in a video message aired at an event held by a group affiliated with the organization in 2021.

Connections between LDP members and the church, founded by a staunch anti-communist in South Korea in 1954, have come under scrutiny amid concern that the group may have sought to exert political influence by deepening relations with lawmakers.

Last week, Hosoda admitted to attending events hosted by the religious organization and its affiliated groups between 2018 and 2019.

He also said he was once interviewed for a publication linked to the organization, now formally known as the Family Federation for World Peace and Unification.

Prime Minister Fumio Kishida has pledged to terminate links between his LDP and the Unification Church after an internal investigation showed around half of the ruling party’s lawmakers had some connection with the organization.