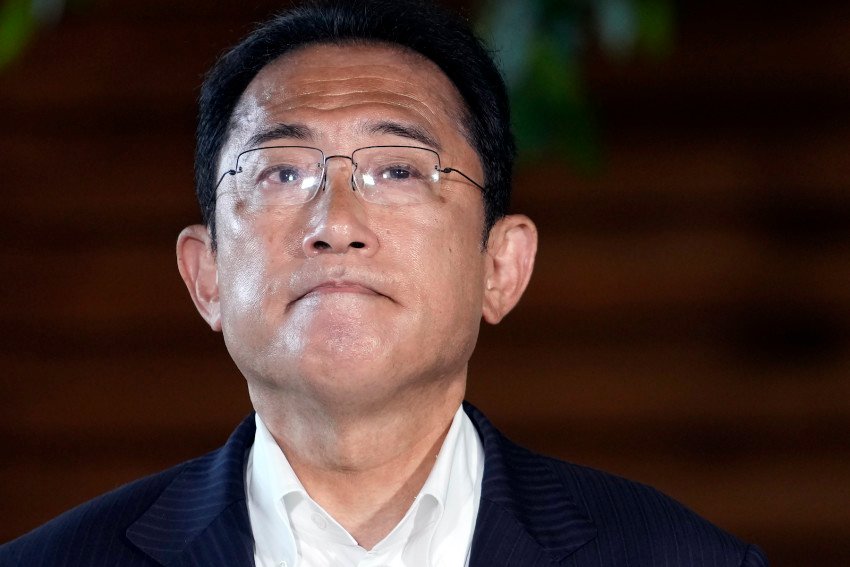 Prime Minister Fumio Kishida commenced working remotely Monday, a day after testing positive for the novel coronavirus at the end of his summer break.

The 65-year-old prime minister, who has only shown mild symptoms, took part in a meeting remotely from his official residence in the morning, according to Chief Cabinet Secretary Hirokazu Matsuno.

As the prime minister must remain isolated until Aug 30, the top government spokesman said virtual participation by Kishida in the eighth Tokyo International Conference on African Development, to be held in Tunisia on Aug 27 and 28, is being considered.

“We are making arrangements so the prime minister can join as many events as possible online and through other means,” Matsuno said at a press conference.

Kishida’s planned visit to the Middle East following TICAD is likely to be canceled.

Following his fourth COVID-19 vaccine shot on Aug. 12, Kishida started his summer vacation on Aug. 15 after attending a ceremony to mark the 77th anniversary of Japan’s surrender in World War II.

His wife Yuko and his eldest son Shotaro, who serves as his secretary, have been identified as close contacts, although they have tested negative, Matsuno said.

Kishida played golf in Ibaraki Prefecture near Tokyo with his family on Tuesday. On Wednesday, he stayed with them at a hot spring inn in Izunokuni, Shizuoka Prefecture, before visiting Mishima Taisha shrine and other spots connected to the NHK period drama “The 13 Lords of the Shogun” the following day.

He has been at his official residence since returning to Tokyo on Friday afternoon.

Among other world leaders, U.S. President Joe Biden and his predecessor Donald Trump, and British Prime Minister Boris Johnson have had the virus.