Kishida to consider visiting Ukraine if right conditions are met 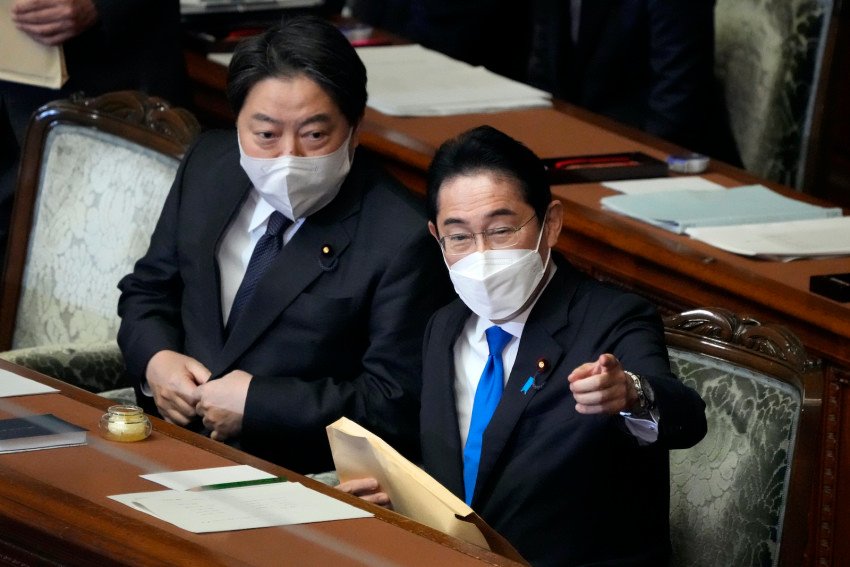 “Nothing has been decided at this point, but we will consider” whether to visit Ukraine depending on “various circumstances,” Kishida said at a parliamentary session after a ruling party lawmaker urged the premier to follow the example of leaders from other allied nations who have already visited the country.

Kishida, a veteran lawmaker representing a constituency in Hiroshima, is scheduled to host a Group of Seven summit for three days from May 19 in the western Japan city that was devastated by a U.S. atomic bomb in August 1945.

At the gathering, Kishida plans to set out his vision of a world without nuclear weapons amid fears that Russia could use one against Ukraine in the ongoing war, amid several months of low approval ratings for his cabinet.

Among the G7 countries, British, Canadian, French, German, and Italian leaders have already visited Ukraine since the war began. In December, U.S. President Joe Biden also held a summit with Zelenskyy in Washington.

Kishida has been eager to make a trip to Ukraine as chair of the upcoming G7 summit, but a Japanese government official said it may be difficult to arrange his visit to the Eastern European state for security reasons.

Relations between Japan and Russia have been deteriorating as Tokyo, along with other G7 members, has been imposing punitive sanctions on Moscow in the wake of its aggression toward Ukraine.

Zelenskyy has invited Kishida to visit Ukraine and conveyed his “deep gratitude” for Tokyo’s support.

Japanese Chief Cabinet Secretary Hirokazu Matsuno, the government’s top spokesman, said Tuesday that Tokyo will “continue to offer assistance” to people in Ukraine, who have been facing a “national crisis.”

During a meeting in Washington in January, meanwhile, Kishida and Biden voiced “firm opposition to Russia’s unjust and brutal war of aggression against Ukraine,” pledging to keep levying sanctions on Moscow, including asset freezes of President Vladimir Putin.