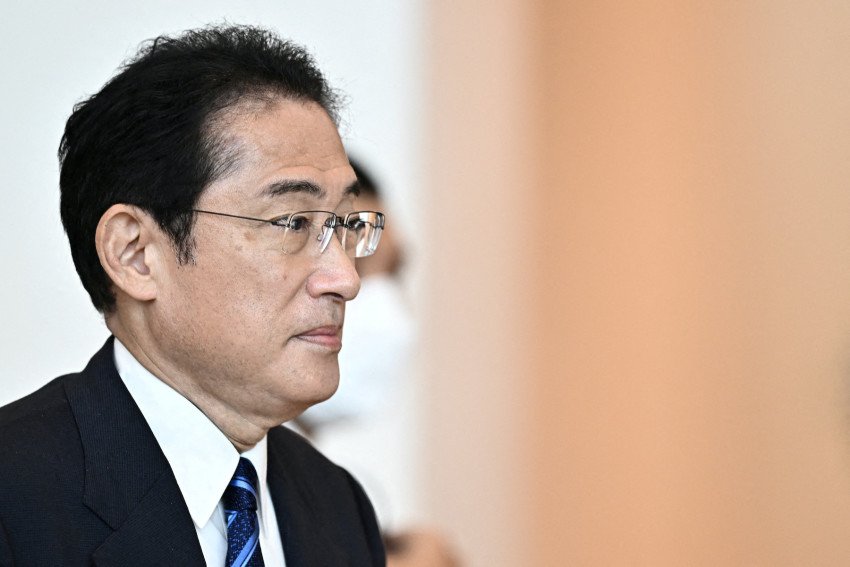 TOKYO – The tax commission of Japan’s ruling Liberal Democratic Party agreed Wednesday to allocate about 1 percent of current income tax payments to a new “defense tax” as part of efforts to fund a planned increase in the country’s outlays for national security.

The LDP panel affirmed a draft government plan to cut by half an additional 2.1 percent imposed on income tax payments to aid the reconstruction of areas affected by a massive 2011 earthquake and tsunami, channeling some 200 billion yen a year to the new tax.

With the plan, the amount allocated for recovery in disaster-hit areas in northeastern Japan would be lowered, and the rest would be earmarked for a significantly larger defense budget advocated by Prime Minister Fumio Kishida.

The LDP Research Commission on the Tax System is considering introducing the envisaged defense tax in January 2024, according to panel members.

Earlier Wednesday, the government proposed extending the special income tax for reconstruction by 14 years from its expiration in 2037 in what would be an effective tax hike.

Besides the special income tax for reconstruction, a tax-system meeting of the LDP and its coalition partner Komeito agreed in principle to a plan to use revenues from corporate and tobacco taxes to fund the envisaged defense buildup.

A plan emerged in the government to raise around 3 yen per cigarette, according to a source familiar with the matter.

The development came as the Kishida government aims to raise its defense spending to a combined 43 trillion yen over the next five years through fiscal 2027.

While some ruling party lawmakers oppose the proposed tax hikes, observers are closely watching whether the government can spell out specific tax rates and the timing of raising taxes when it adopts on Friday a tax reform blueprint for fiscal 2023 starting April next year.

With corporate and tobacco tax increases eyed for after fiscal 2024, the government plans to secure an additional 1.1 trillion yen in fiscal 2027 on an annual basis, including 700-800 billion yen through higher corporate taxes and around 200 billion yen, respectively, from the tobacco and new defense taxes.

Kishida has faced a backlash over the tax reform plan, with Economic Security Minister Sanae Takaichi raising questions about the timing and business leaders pushing back against tax hikes that would target the corporate sector.

He has also said the government will not raise income taxes, given that increased prices are already dragging on household budgets.

The planned increase in annual defense spending is aimed at better coping with the severe security environment amid China’s assertiveness, North Korea’s missile and nuclear development and Russia’s war against Ukraine.

A statement attributed to Kishida, suggesting that the responsibility for funding a hefty defense spending boost lay with the people, was corrected Wednesday on his party’s website following a backlash on Twitter over the remark.

Toshimitsu Motegi, secretary general of the ruling Liberal Democratic Party, told the press Tuesday that Kishida had said “it is the responsibility of citizens living in this era to take on the heavy burden and respond” to securing stable funding sources.

The alleged remarks were made during a meeting of LDP executives, in which hiking taxes was put forward as an option to help Japan raise defense spending.

According to government sources, while the drafted statement had read “citizens,” Kishida had reworded it to “all of us” when delivering the speech as he felt the tone was condescending.

The actual speech given by Kishida during the meeting was not made available to the press. It is believed that Motegi had misquoted Kishida as he had based his press conference comments on the drafted statement.

A party official told the press that Kishida’s quoted remarks were corrected on the website as they were “different from the facts.”

“The prime minister’s statement was not a request from the government to the people. He said ‘all of us’ and did not distinguish between the state and its citizens,” a source close to Kishida said.

The corrected version on the LDP website now reads, “We must consider what responsible funding sources are. It is the responsibility of all of us living in this era to take on the heavy burden and respond.”