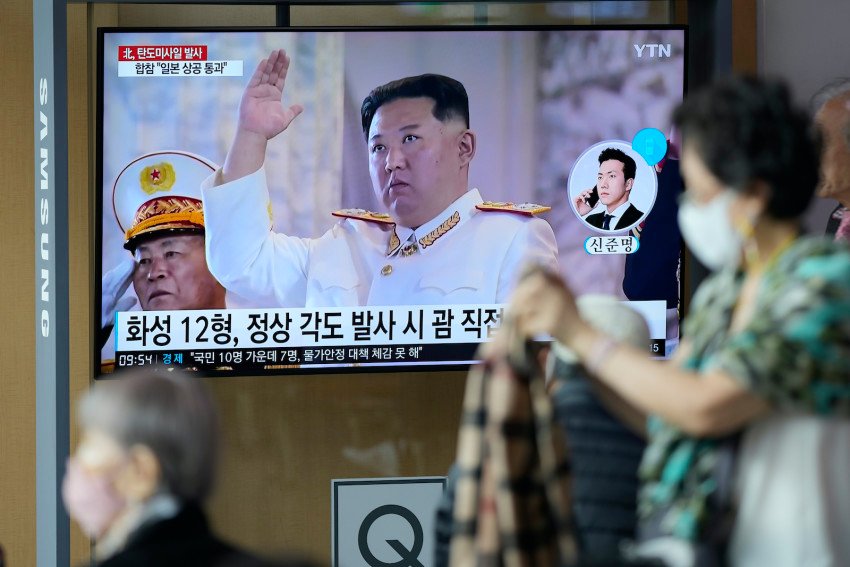 The country has fired nearly 40 ballistic missiles over about 20 different launch events this year, exploiting Russia’s war on Ukraine and the resulting deep divide in the U.N. Security Council to accelerate its arms development without risking further sanctions.

South Korea’s Joint Chiefs of Staff said in a statement the launches were made 22 minutes apart from the North’s capital region on Thursday morning.

It said South Korea has boosted its surveillance posture and maintains a readiness in close coordination with the United States.

The launches Thursday were North Korea’s sixth round of weapons firings in less than two weeks, which has prompted condemnation from the United States and other countries.

North Korea on Tuesday fired an intermediate-range missile over Japan for the first time in five years, forcing the Japanese government to issue evacuation alerts and halt trains.

It was North Korea’s most provocative weapons demonstration in years. Experts said the weapon was likely a Hwasong-12 missile capable of reaching the U.S. Pacific territory of Guam and beyond.

The United States and South Korea have also been responding to North Korean tests with their own live-fire drills that have so far involved land-to-land ballistic missiles and precision-guided bombs dropped from fighter jets. But one of the tit-for-tat launches nearly caused catastrophe early Wednesday when a malfunctioning South Korean Hyumoo-2 missile flipped shortly after liftoff and crashed into an air force base in the eastern coastal city of Gangneung. South Korea’s military said no one was hurt from the crash and civilian facilities weren’t affected.

After Tuesday’s launch, the United States, Britain, France, Albania, Norway and Ireland called for an emergency meeting of the U.N. Security Council.

North Korea’s Foreign Ministry said in a statement Thursday that it strongly condemns “the Korean People’s Army on South Korea-U.S. joint drills escalating the military tensions on the Korean Peninsula.”

© 2022 The Associated Press. All rights reserved. This material may not be published, broadcast, rewritten or redistributed without permission.