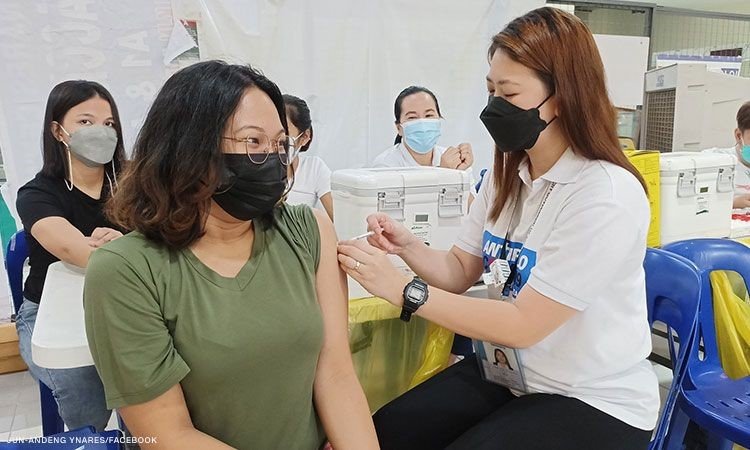 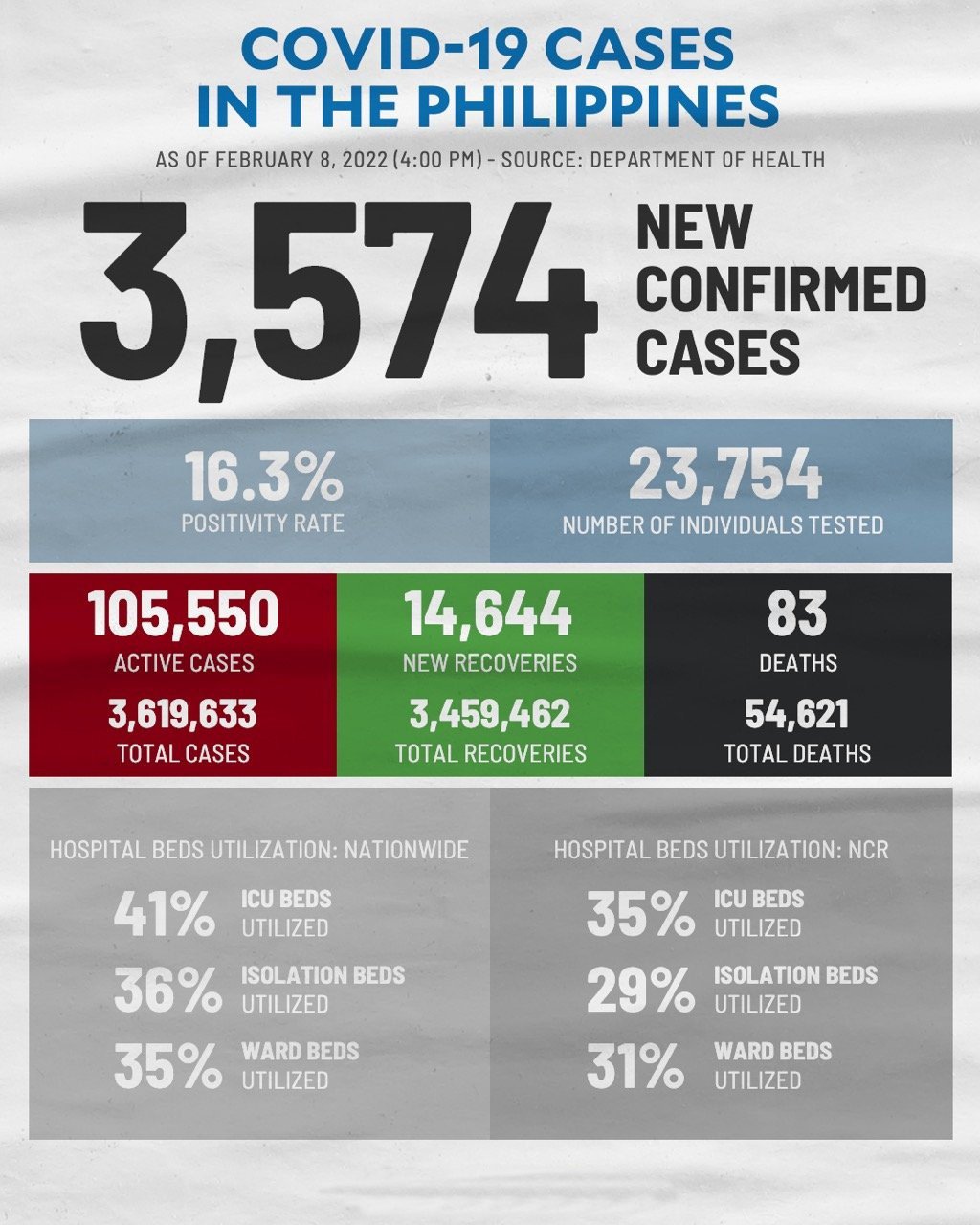 MANILA, Philippines — The Department of Health (DOH) on Tuesday recorded 3,574 new cases of COVID-19, the lowest since the year began, together with 14,644 recoveries.

Tests conducted in February have considerably been lower compared to the number of tests conducted in January, or during the height of the COVID-19 surge caused by the Omicron variant of concern.

DOH, meanwhile, only recorded a 16.3 percent positivity rate, which makes it the lowest since January 1’s 14.80 percent.

With the higher number of recoveries, active cases have reduced further to 105,550, of which 95.5 percent currently suffer mild or asymptomatic cases, specifically, 96,722 individuals suffer mild cases, 4,059 are asymptomatic, 3,007 moderate, 1,446 severe, and 316 critical.

The DOH said it also recorded the deaths of 83 people increasing the total COVID-19 death count to 54,621.

The health agency likewise said that 328 duplicates were removed from the total case count, 276 of which were recoveries.

Moreover, the DOH said that 35 cases that were previously tagged as recoveries were reclassified as deaths after final validation.

The DOH also said that six labs were not able to submit their data to the COVID-19 Document Repository System, which on average contribute 2.1 percent of the samples tested and 3.0 percent of positive individuals.