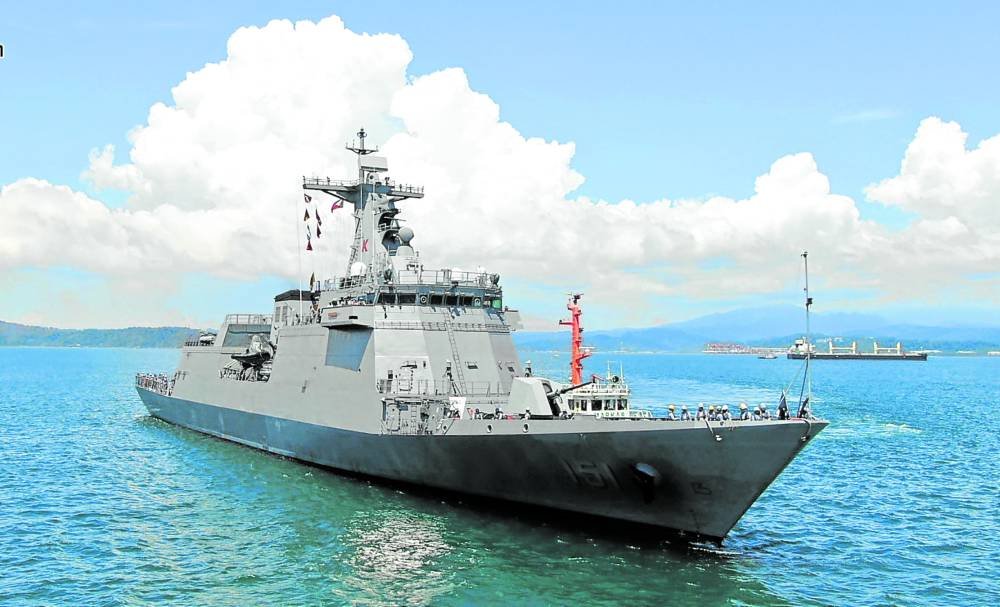 The Philippine Navy, though not exactly famous for being the most modern in the region, continues to nurture the dream of adding submarines to its fleet.

Having submarines would be a “game changer,” according to Capt. Charles Villanueva, commanding officer of the BRP Antonio Luna which recently participated in the Rim of the Pacific (Rimpac) war games, the largest international maritime exercise held to date.

Held in Hawaii from June 29 to August 4, Rimpac saw the Antonio Luna taking part in antisubmarine warfare scenarios with other navies, where the latter used AgustaWestland (AW109) multirole helicopters in tandem with the guided-missile frigate from the Philippines.

“Despite having four capable ships in a controlled environment of 40×40 nautical mile exercise box, it was a difficult task (to search for submarines). Hence, the need to highlight having our own submarines … if we are really aiming for minimum credible deterrence,” Villanueva said on Thursday upon the Antonio Luna’s return to Manila.

The Philippines, an archipelago of more than 7,600 islands, is one of the few remaining countries in the region without a submarine force. The military’s modernization program calls for the acquisition of two diesel-electric attack submarines for a total price tag of P70 billion.

But dozens of projects under the current plan worth P300 billion are still unfunded. Delays in the modernization program have also been attributed to the diversion of government funds to the pandemic response.

“Hopefully, we will have submarines in the future when the economic situation improves. If not for the pandemic, we would have pushed through with the submarine acquisition,” said Navy chief Vice Adm. Adeluis Bordado.

Another pending item in the modernization plan is the procurement of Tactical Data Link (TDL) 16, currently the standard communications system used by the US military and its top allies.

Villanueva said the Rimpac drills showed how having “links” was crucial for coordinating naval operations involving multiple vessels in a large area.

The 2,600-ton Antonio Luna placed third out of the 17 warships that took part in Rimpac’s naval gunfire accuracy competition. It used its OTO Melara 76mm Super Rapid gun for the exercise.