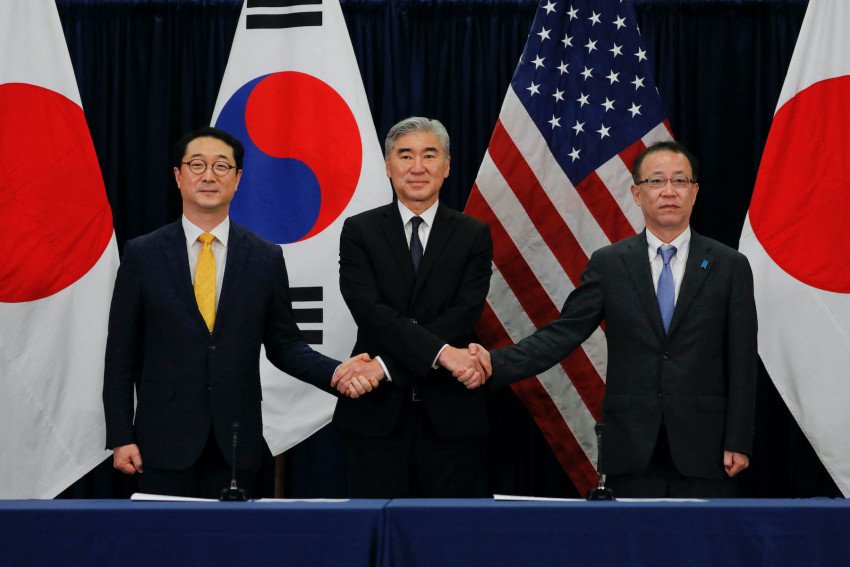 South Korea, Japan and the United States will coordinate sanctions and close gaps in the international sanctions regime against North Korea, Seoul’s envoy for North Korea said on Tuesday.

Kim Gunn, South Korea’s Special Representative for Korean Peninsula Peace and Security Affairs, said at a meeting with his U.S. and Japanese counterparts that North Korea was “becoming more aggressive and blatant in its nuclear threat”.

“North Korea’s further provocation will be met by a firm and united response from the international community,” he said.

The sanctions follow a Nov. 18 ICBM test by North Korea, part of a spate of more than 60 missile launches this year, and amid concerns that it may be about to resume nuclear weapons testing, which has been suspended since 2017.

U.S. Special Representative for North Korea Sung Kim said on Tuesday at the meeting in Jakarta that the behavior of Pyongyang presented one of the most serious security challenges to the region and beyond.

He said the trio would examine all options including counter strike capabilities and be more vigilant against North Korea’s cyber threat.

Japan recently designated three entities and an individual for new sanctions, including the Lazarus Group suspected of carrying out cyberattacks.

China and Russia have blocked recent efforts to impose more United Nations sanctions, saying they should instead be eased to jumpstart talks and avoid humanitarian harm. That has left Washington to focus on its efforts with South Korea and Japan, as well as European partners.