School is back in Japan. At last, so are foreign students. 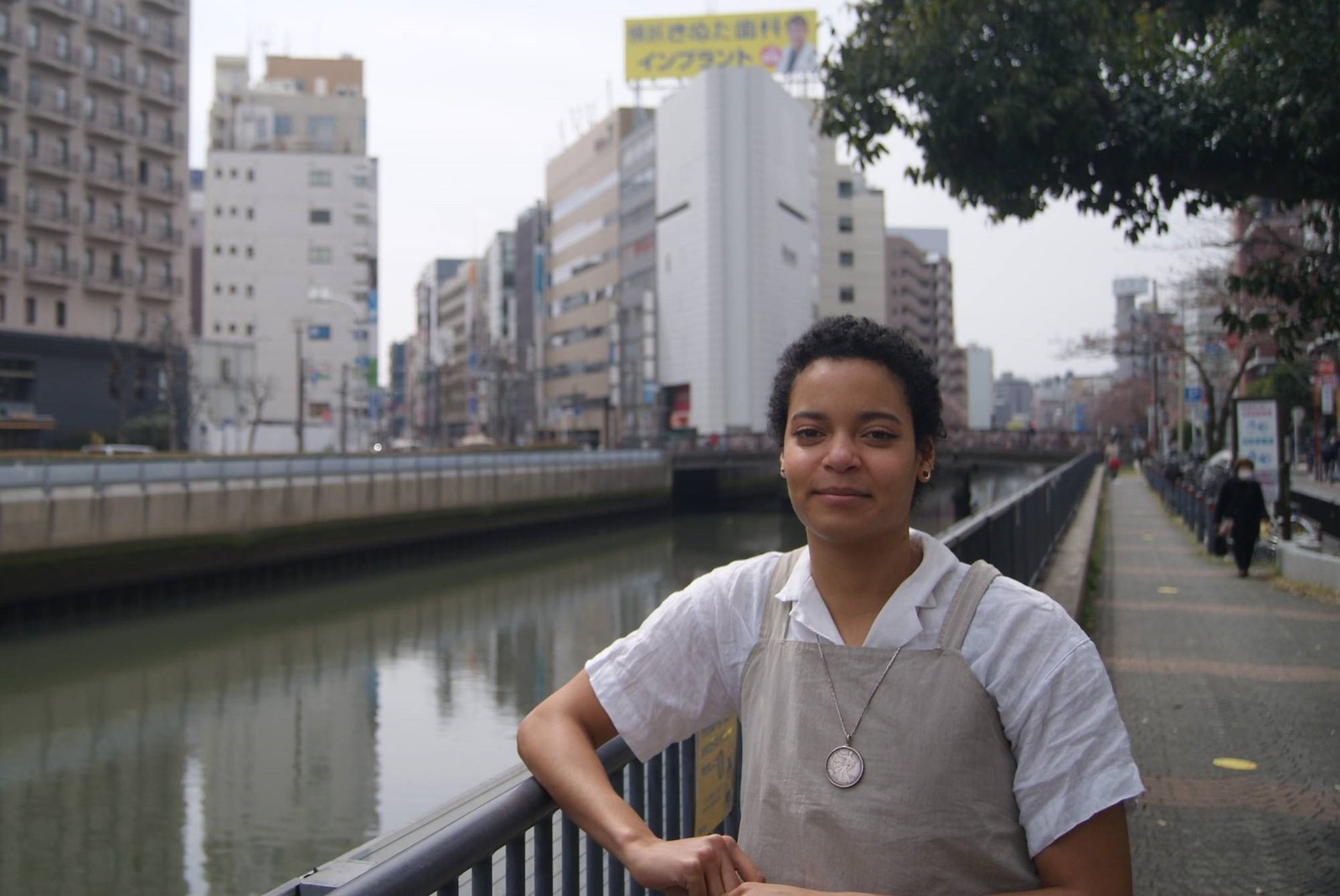 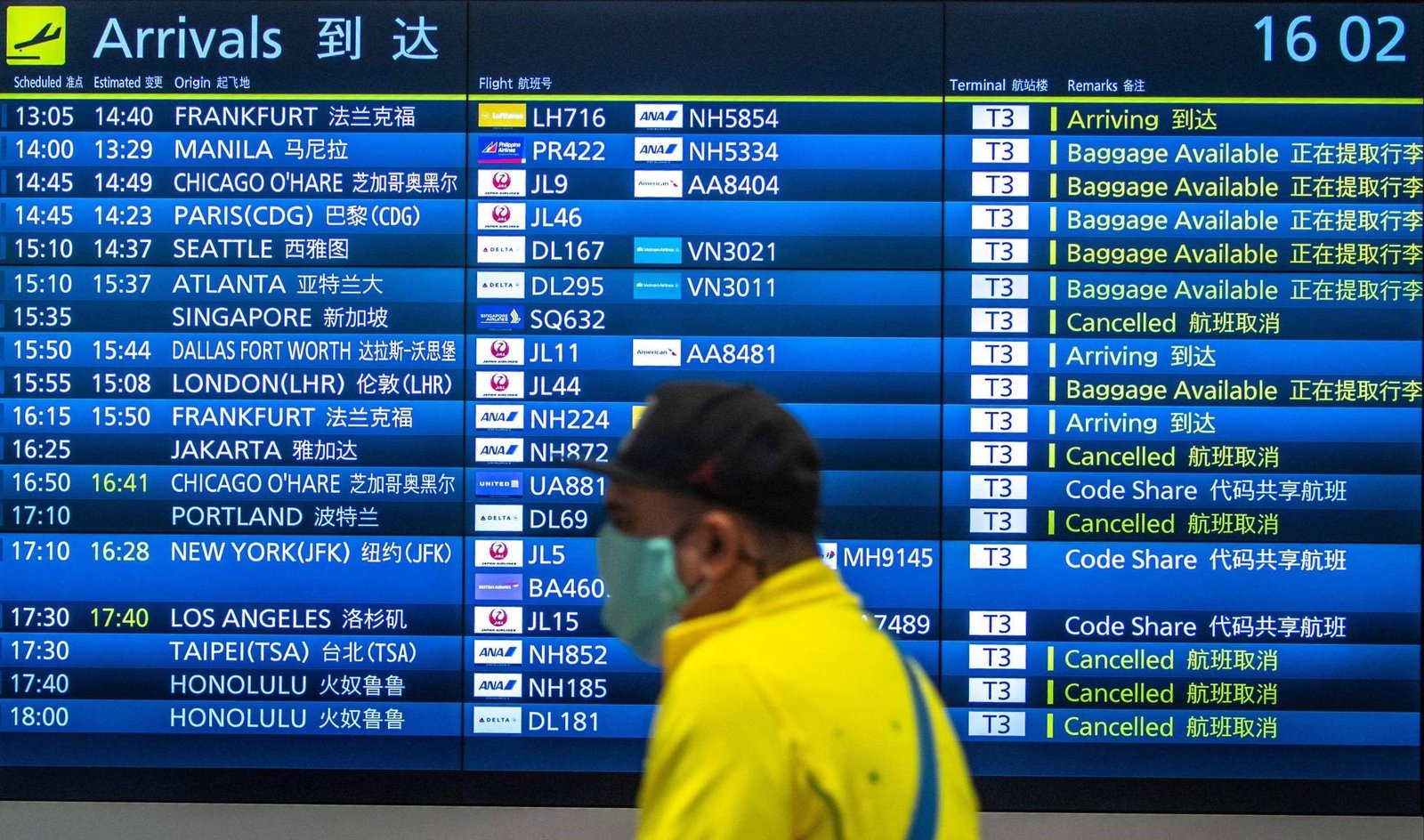 For Misha Awad, the process of boarding a plane to Japan and then going through immigration brought with it a range of emotions — shock, nervousness, bureaucracy-induced tedium and even amusement.

While moving to a new country is a major step in anyone’s life, Awad’s case had an extra layer to it, as it was also the culmination of a long wait to return to Japan.

A student at the Inter-University Center for Japanese Language Studies (IUC) in Yokohama, she and many fellow members of her program were finally able to enter the country in mid-March, having previously had their hopes dashed at the end of November, when their permission to enter Japan was canceled just days before they were supposed to fly due to tightened restrictions following the discovery of the omicron variant.

“Knowing for sure I had made it to the gates, I don’t need any of these papers (for immigration) anymore, I’m actually here — that was kind of just mind-blowing,” she said.

Following the easing of Japan’s strict border controls on March 1, which have been in place for most of the pandemic, at least some foreign students have been able to arrive in time for Friday’s start of the academic year. For universities, researchers and students, that’s a welcome and long-overdue change after a prolonged period of waiting and remote learning and research that came at great cost.

For fellow IUC student Cassidy Charles, her arrival brought feelings of relief, not least because of a last-minute scare after her domestic connecting flight was canceled due to bad weather, meaning she couldn’t get on the actual plane to Japan. While she was able to fly out to her new home the next day, the cancellation set off a scramble to secure a new seat and get tested for COVID-19 again — all the while contending with the fear that this setback might scupper her chance to enter Japan.

“When I was able to get my bags and leave, I was like, ‘Oh my god, I did it. I can go to sleep now. Like I don’t care what else happens, like the world could explode right now, but I have done it, I’m done,’” she said.

In total, 31 IUC students arrived in March, joining the 13 who were already in Japan, while seven remained outside the country of their own volition. For those who did travel, bureaucratic confusion was a common occurrence, with consular or embassy officials often misunderstanding the students’ situation and the documents they needed — incidents that were fortunately cleared up quickly after the IUC reached out to its Foreign Ministry contacts.

IUC’s fourth and final term began Monday, and due to ongoing COVID-19 measures, online learning will continue even for those in Japan. The IUC has been satisfied with the results of that arrangement, even when students have been stuck outside the country.

“We did follow up on students last year during the pandemic. We compared their test scores in a variety of areas at different stages in the program with the test scores from previous cohorts and came up with fairly concrete indices that showed that, well, they didn’t do 100% as well as students in the past, but they did like 80% as well,” said Bruce Batten, the resident director of the IUC. “So even online, I think things went pretty well.”

Nonetheless, the center is planning in-person extracurricular activities for students, and Batten stresses that immersion in Japanese makes a real difference, particularly in terms of having the language stick.

Away from class, students have been able to re-engage with their Japan connections. Awad, who has had two previous stints in Japan, has finally reunited with her partner and thrown herself back into a number of community-driven projects she is involved with. Charles, meanwhile, has been able to see the family she stayed with in Hokkaido when she was 15 and is particularly close to — the wait to enter the country saw her miss the birth of two girls in the family.

“Just being in Hokkaido being able to see my family again and see my nieces, that was the best part (of coming back),” said Charles. “It’s been great to be reconnecting with people.”

Although the arrival of the IUC cohort coincided with that of other students, and the group benefited from eased quarantine rules that followed the relaxation of Japan’s entry ban, the center’s connections with the Foreign Ministry enabled the group to gain entry under a condition of “special exceptional circumstances,” which is intended to facilitate the arrival of students whose presence in Japan is deemed by the government to be in the public interest. That meant they would have been able to enter Japan even if the ban had not been eased.

But even though the lifting of the ban has widened to cover entries beyond those such as IUC students, some are still waiting for their turn.

One of them is Chen Yian, a doctoral student at the University of Tokyo who lives in Taipei. Nonetheless, she remains positive about the situation.

“I have already registered my information into the system they provided, so I suppose in a month I will be able to get in, but the process is still going on and I am still waiting for (the Japanese government’s) response,” she said. “Now that we can actually get in it’s good … because some of our senpai (seniors) are still in Taiwan in their second year of (their) masters.”

All the same, Chen has had to contend with bureaucracy and the slow, low-key way updates and changes are communicated.

“They just update things on the website, and they don’t really even promote what they updated — they just quietly update things, and we have to look it up for ourselves.”

A figure for just how many students were able to arrive in March is expected to be announced later in April. While the government has raised its cap on the number of people who can enter Japan each day — a figure that includes Japanese nationals and returning foreign residents — and since mid-March has begun to prioritize foreign students within that framework, it will likely be the end of May before most students have entered.

Even after arriving in Japan, the entry ban still has had a lasting effect on students and their feelings about the country, particularly as a long-term home.

“I got to come back here because of a lot of privileges,” she added. “I think it’s important to consider the fact that for a lot of people … they never get that opportunity that they deserve.”

For Charles, the entry ban has had a similar effect — she talks of how the wait induced by the entry ban brought about a feeling of “otherness.” Still, the chance to act on the opportunity she had envisaged, as well as escape America’s political and social conflicts, gun crime and high cost of health care, ultimately trumped those concerns.

While Japan eventually relented on its strict entry controls in the face of pressure from the business and academic communities, the longer-term lessons the government and country have taken from this episode are as yet unclear. But for Batten, he hopes it will lead to a more transparent and welcoming immigration system.

“Japan really needs all of the friends that it can have,” he said, pointing to the increasingly challenging security environment around the country.

“I really hope that for everybody, this is a turning point and a learning moment that things like this don’t work and they do more harm than good for everyone involved,” Charles said.