Ships, and planes search for 7 fishers in Palawan waters 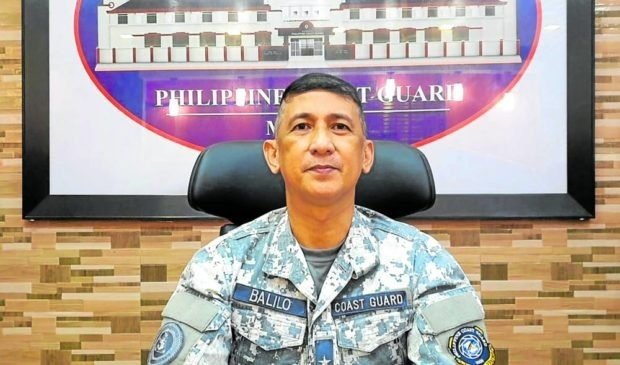 MANILA, Philippines — Search and rescue operations continued for seven fishermen who remained missing after their boat collided with a cargo ship some 300 kilometers east of Palawan province on Saturday afternoon, the Philippine Coast Guard (PCG) said on Sunday.

Commodore Armando Balilo, the PCG spokesperson, said the fishing vessel FB JOT-18 collided with the MV Happy Hiro, a cargo ship under the flag of the Marshall Islands, off the waters of Maracanao Island northeast of Palawan.

Balilo said the fishing boat capsized and sank in the Sulu Sea, about 300 km south of Maracanao.

Thirteen of its 20 crew members were plucked from the water by another fishing vessel before they were transferred to the MV Happy Hiro, which came from China and was on its way to Australia when the collision happened.

On Sunday morning the PCG said it had deployed a multi-role response vessel from Palawan, the BRP Suluan (MRRV 4406), as well as rescue teams from Coast Guard Station Cuyo and Sub Station Agutay in Iloilo province.

In an update on Sunday afternoon, the PCG said it sent an aircraft, Islander Plane 251, to assist in the search and rescue.

The Philippine Navy also deployed a vessel, PC 370, for that effort.

The MV Happy Hiro transported the rescued fishermen, most of them residents of Bantayan Island in Cebu province, to vicinity waters off the coastal barangay of Lipata in the town of Culasi, Antique province.

They were later cleared by the Bureau of Quarantine and transferred to the PCG’s BRP Panglao which brought them to shore.

The fishermen suffered minor injuries, according to Mckinley Amante, medical officer of the MV Happy Hiro.

He said 12 of the rescued fishermen sustained scratches, while another had a minor wound on his head but was in stable condition.

The PCG said the cargo ship is currently under inspection in Antique.

The collision was the second maritime accident this week after a fire ripped through the passenger ferry MV Mercraft as it was about to dock in Real town, Quezon province, early morning on Monday.

The MV Mercraft, a 186-person capacity fast craft boat, left Polillo Island at about 5 a.m. More than an hour later, it was about a kilometer away from Real’s port when the fire broke out in the engine room and spread fast, prompting the ferry to make a distress call.

Seven of the boat’s 134 passengers and crew were killed.

Some of the survivors who jumped to the water were rescued in a matter of minutes by crew members from other boats that were docked at Real, while others stayed afloat for more than an hour.

Last month a cargo ship, the MV General Romulo, was also hit by the fire while it was anchored off Talisay City, Cebu. One was killed and three others were injured.