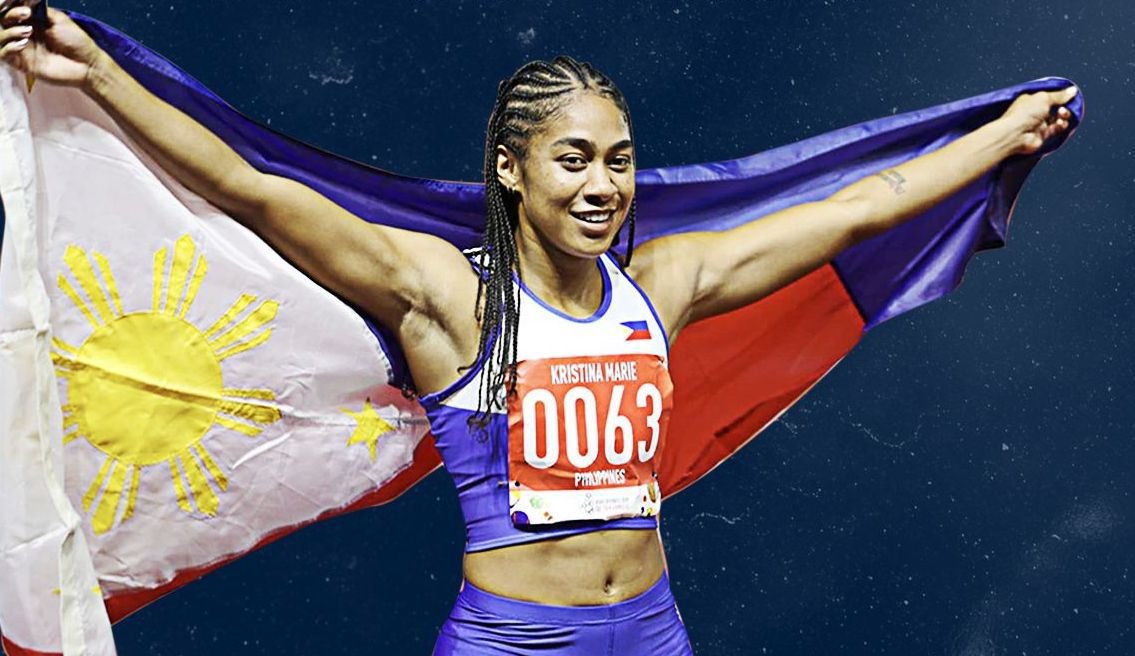 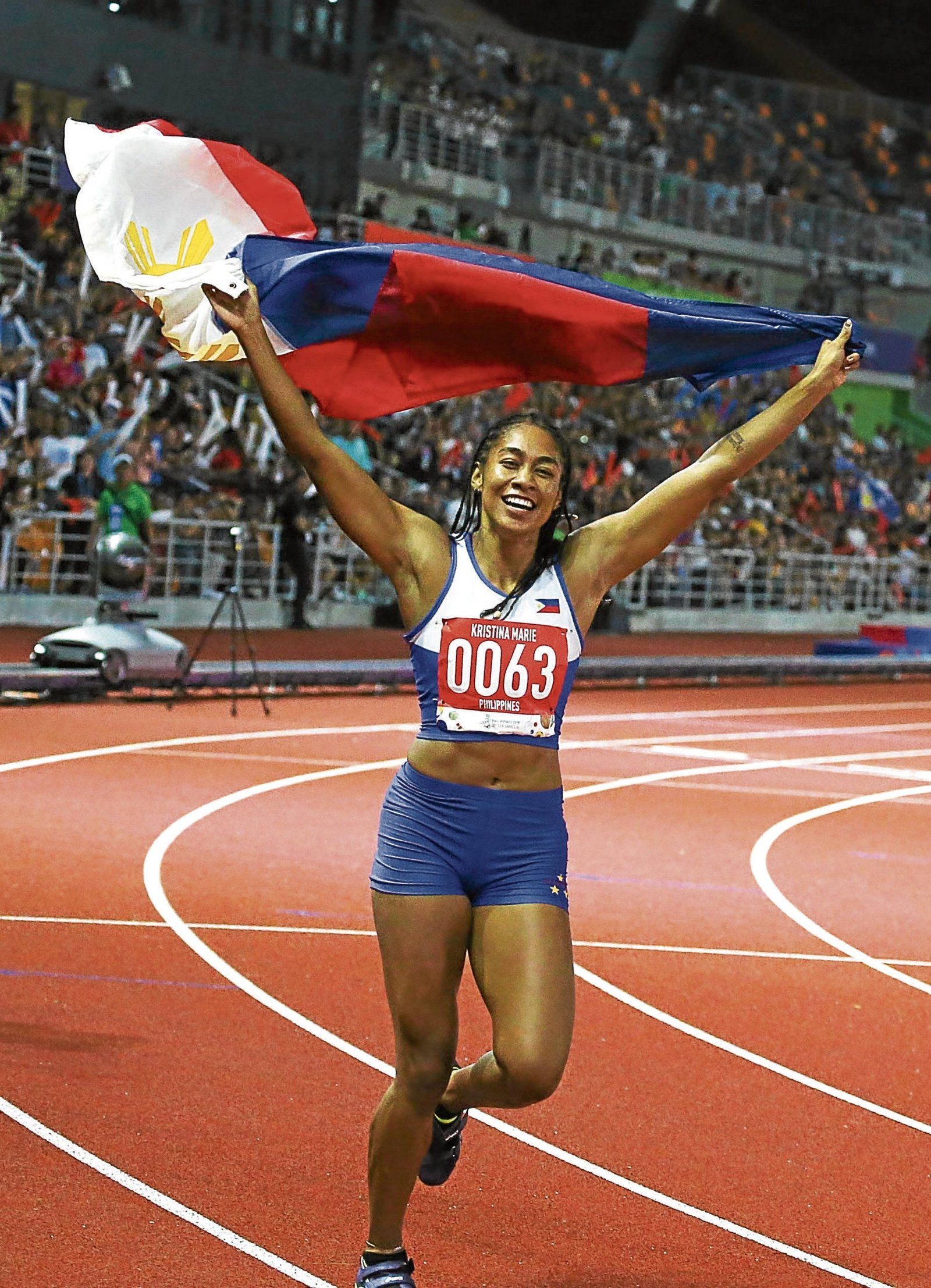 Kristina Knott is looking to carry the Philippine colors in as many international tournaments as possible. (File photo by MARIANNE BERMUDEZ / Philippine Daily Inquirer)

MANILA, Philippines — The build-up program of Kristina Knott for the 2024 Paris Olympics includes suiting up the Philippine colors in as many global-level races as she could participate in.

“It’s not so much the race that’s important but being able to represent the Philippines on every world stage,’’ said the country’s top female sprinter, who holds the national records in the women’s 60-, 100- and 200-meter distances.

The 26-year-old Knott will run her first race this year in the upcoming International Amateur Athletic Federation World Athletics Indoor Championships in Belgrade, Serbia, which will be held from March 18 to 20.

The United States-based sprinter’s national record of 23.01 seconds in the 200m also stands as the current standard in the Southeast Asian (SEA) Games, where she claimed a pair of gold medals and two silvers during 2019 edition held in New Clark City in Capas, Tarlac.

Based on the IATF’s resolution, all arriving visitors must be able to present the following:

The Tokyo Olympian made it to the coming worlds with a personal best of 7.26 seconds in the 60m during the American Track League at Randal Tyson Indoor Center, Fayetteville, Arkansas.

Knott, consistently improving under the tutelage of famed sprint coach Rohsaan Griffin, met the qualifying time of 7.30 seconds for the world indoor champs.

“This is my first time [in the world championships] and I’ll be ready on race day,’’ said Knott.

It was Knott who erased the 33-year-old national record of former Asia’s sprint queen Lydia de Vega in the 100m by the slimmest of margins, an 11.27-second effort in the Drake Blue Oval Meet in Des Moines, United States, in 2020 that reset the previous standard of 11.28 seconds.

Knott ran in the 200m during the Tokyo Olympics last year but was unable to make the cut in the medal race.

“It was definitely a learning experience. I’m grateful to have been there and represent the Philippines,’’ said Knott. “More work has to be done.’’

Born to a Filipino mother who hails from Cavite province, Knott secured a spot in the Olympics after gaining a universality place from World Athletics.

Knott likewise holds the national record in the mixed 4x100m relay along with Eric Cray, Anfernee Lopena and Eloiza Luzon set during the 2019 SEA Games.