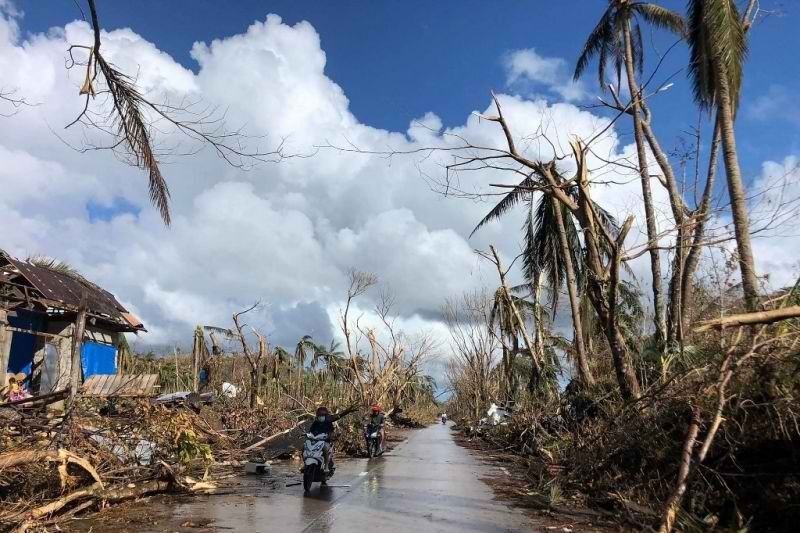 The United Nations has increased its fundraising target for victims of Typhoon “Odette” (“Rai”) to $169 million as the Philippines struggles to recover from the devastating storm, the organization’s resident coordinator said Wednesday.

More than 400 people were killed and hundreds of thousands left homeless after the typhoon hit the archipelago in December, ripping off roofs, shredding wooden houses and wiping out crops.

The UN initially sought $107.2 million for 530,000 people in the hardest-hit areas in central and southern regions of the country flattened by the typhoon.

The new target of $169 million would assist the 840,000 “most vulnerable people” in dire need of shelter, food, drinking water and sanitation facilities, Gonzalez said.

About 30 percent of the revised amount had been received, Gonzalez said.

Humanitarian groups have been working with the government to distribute aid.

But the challenges were “enormous,” he added.

Around 1.7 million houses were destroyed or badly damaged in the typhoon — 600,000 more than in 2013’s Super Typhoon “Yolanda” (“Haiyan”) — and tens of thousands of people remain in evacuation centers seven weeks after Odette made landfall.

Power disruptions or outages continued to plague 80 municipalities, he said.

The response effort had been hampered by an Omicron-driven surge in Covid-19 infections, Gonzalez said, describing it as a “crisis within a crisis.”

Scientists have long warned that typhoons are strengthening more rapidly as the world becomes warmer because of human-driven climate change.

The Philippines — ranked among the most vulnerable nations to its impacts — is hit by an average of 20 storms every year.

In 2013, Yolanda was the strongest storm ever to have made landfall, leaving over 7,300 people dead or missing.